Radical engineering met radical style in 1930s Germany. And handsome is as handsome does…

SINCE IT EMIGRATED to China back in 1984, Zündapp has become the forgotten brand in Germany’s two-wheeled history book. 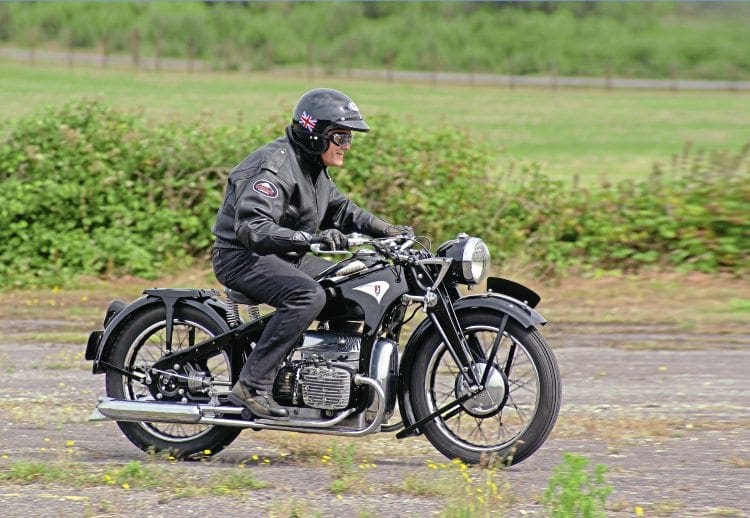 Yet, after commencing bike production in 1922, it was for many years the country’s largest motorcycle manufacturer – albeit postwar in the Western half only – and as recently as 1977 produced as many as 115,000 bikes in a single year, before sales of its, by then, predominantly two-stroke range suddenly slumped in the face of Japanese competition, sending it, just seven years, later into the hands of the liquidator.

But for more than six decades Zündapp was at the forefront of the German motorcycle industry, and it surely ranks alongside BSA, Norton, Indian, Moto Guzzi, Triumph, Gilera and Harley-Davidson, as well as its BMW rival, as one of the most significant pioneer marques in two-wheeled history.

Moreover, back in the 1930s Zündapp produced a pair of K-series models – the ‘K’ nametag denoting that they employed shaft final drive, or Kardanantrieb – with completely individual architecture, unlike their smaller-capacity brethren that shared the same broad overall flat-twin layout as BMW’s boxer models.

For 1933 saw the debut of Zündapp’s horizontally opposed sidevalve flat-fours, the K600 and its range-topping K800 sister, both designed by Richard Küchen to feature his innovative design of four-speed unit construction transmission, whereby sprockets and chains replaced the shafts and gear pinions of a more conventional gearbox.

In solo form these positioned Zündapp at the top end of the market – its BMW rival never produced anything with more than two cylinders – while in sidecar guise they also allowed the company to offer models with much more power and torque than were available elsewhere.