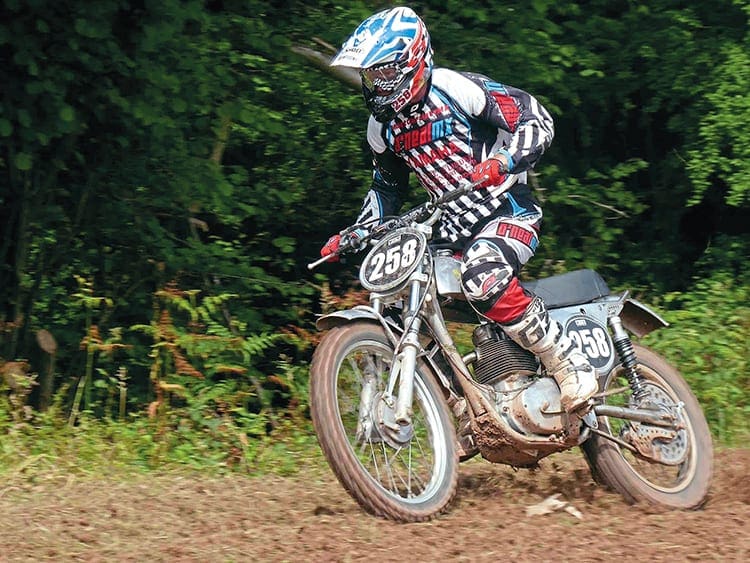 RE-SCHEDULED OWING TO treacherous conditions prior to the original April 7 race date, blessedly warm sunshine greeted the competitors for the much-anticipated re-run of Bringsty Grand Prix, an event that originally took place in 1946 and 1947. So on Saturday, June 9 dozens of competitors both old and new brought along a variety of pre- and post-1960s machinery for what sponsor and co-organiser Jeremy Holden rightly referred to as a ‘grand old scramble’ on private land at Bringsty, just outside Bromyard. The course itself was a challenging mixture of tight, dusty off-camber corners, fast, open straights, steep hills and boggy water-splashes, a mile long in total with plenty of opportunities for spectators to get up close and personal to the action, which along with ample catering and plenty of parking made it a great family day out.

The programme itself was divided into heats for three different classes, namely Pre-1960, Pre-74 and Twinshocks and saw some very close racing among entrants from both far and wide, including 21-year-old Alastair Garness (nephew of clerk of the course Julian), Marcus Doughty, Andy Carter, Vincent Hale, John Britton and the ultimate winner of the Grand Prix itself, Richard Williams on Ken Bayliss’s 1967 BSA 350. For fans of ‘grand old scramblers’ the machinery in action included several iterations of Tribsa, Jawa Metisses, BSAs, Nortons, a Tri-Greeves, some fiery Maico and Husqvarna two-strokes and even a couple of recently restored Suzuki PEs – with the glorious aroma of Castrol-R only adding to the heady nostalgic atmosphere. Jeremy Holden rounded off the day by thanking everyone who made the event possible, saying he was very much looking forward to seeing its return next year.