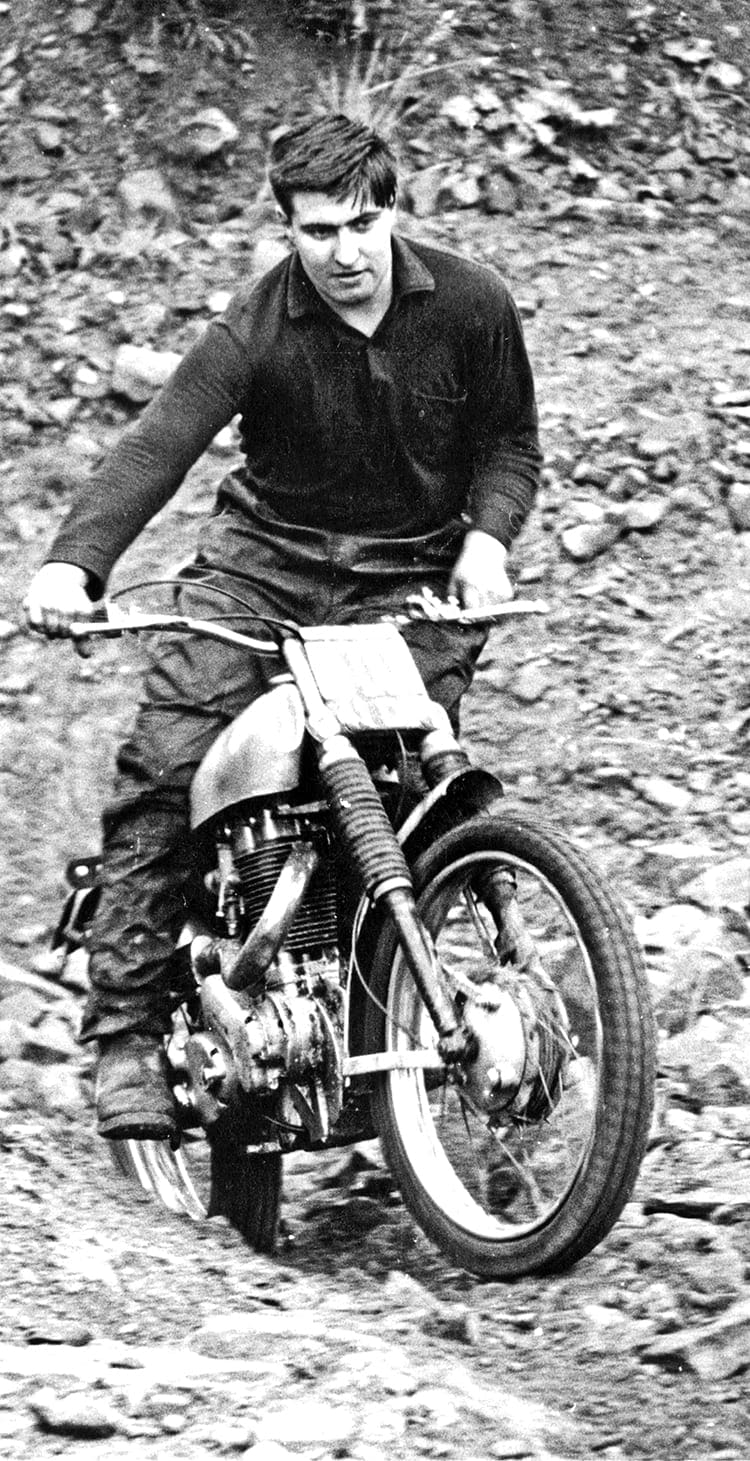 WORLD-REKNOWNED MOTORCYCLE designer Alan Clews passed away on May 2, shortly before his 80th birthday. Alan had continued to play an active role within Clews Competition Machines, or CCM, as he had done over the past 47 years.

Alan was a successful Trials and Scrambles rider in the late 1960s and wanted a lighter and modern motocross bike, like the BSA 500cc works specials. When the BSA Competition Department closed, he bought all the available works parts, building motocross bikes in his garage at first.

The early CCM models were based around BSA’s unit single engine, significantly improved and strengthened. He made his own extensive improvements to the standard 500cc engine, with bikes built in a cramped two-storey Bolton factory and completed machines rolled down a flight of stairs.

In the Seventies Alan blazed a trail across the motocross Grands Prix of the world, with the firm punching well above its weight, dishing out bloody noses to many of the European and Japanese factory works teams.

It was this ability that endeared him and his riders to motorcycle enthusiasts across the globe and Alan’s legendary four-stroke dirt bikes would become known as The Rolling Thunder. More than 4000 competition machines were later produced using Rotax engines. CCM supplied motorcycles to the army, producing the Rotax-engined Armstrong MT500 bikes and won a Queen’s Export Award. The company continues to build groundbreaking motorcycles to this day.

A spokesman for CCM and the Clews family said: “His final project would see him working his magic on CCM’s latest model, The Spitfire. Alan was in the midst of building a stroked version of the Spitfire’s 600cc engine when he was taken ill and tragically he will no longer see this labour of love brought to its conclusion, however everyone here at CCM are committed to completing this, his final legacy, in his honour.”