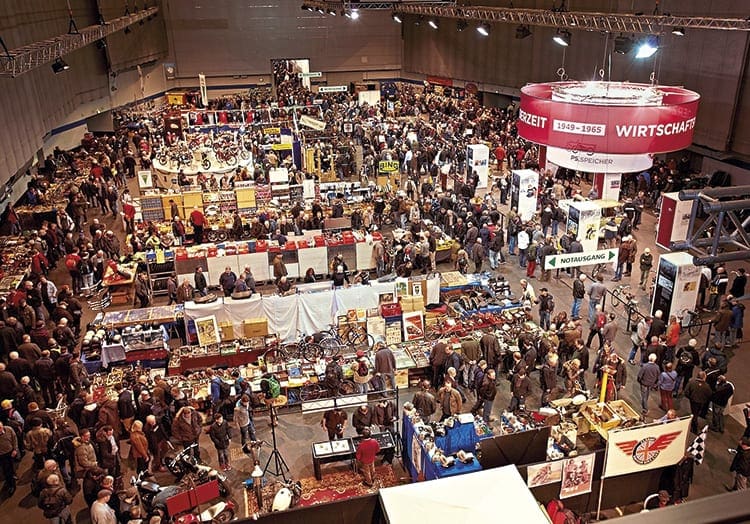 THE ISLE OF MAN TT is the focus at one of Europe’s biggest classic vehicle shows in February.

The organisers of the Bremen Classic Motorshow are exhibiting a group of 20 British motorcycles never shown together before, from Friday, February 2 to Sunday, February 4, at the Bremen Fair in Germany. The special exhibition entitled ‘Best of British – The TT Legends’ will feature original bikes from the heyday of the Isle of Man Tourist Trophy race. From the 1914 Rudge Multi to the 1962 AJS 7R Boy Racer, these bikes give a unique and charming overview of the fast-paced developments of the time. “The race motorcycles on display even include the original winners of the TT from 1934, 1949, 1952 and 1954,” says project manager Frank Ruge.

Classic motorcycles will take over the whole of one hall at the Bremen Classic Motorshow and the event will also appeal to those whose interest extends into the world of classic cars. The unrivalled speed and high-class style of the 2+2 seater of gran turismo culture – a dream car for an entire generation from the 1950s to the 1970s – is the focus of this show’s special exhibition, ‘Gran Turismo 2+2: Jet Set on the Road’.

The Bremen Classic Motorshow 2018 takes place from February 2-4, 2018 at Messe Bremen, Halls 1 to 8, next to Bremen’s main railway station, between 9am-6pm each day. Visit classicmotorshow.de.