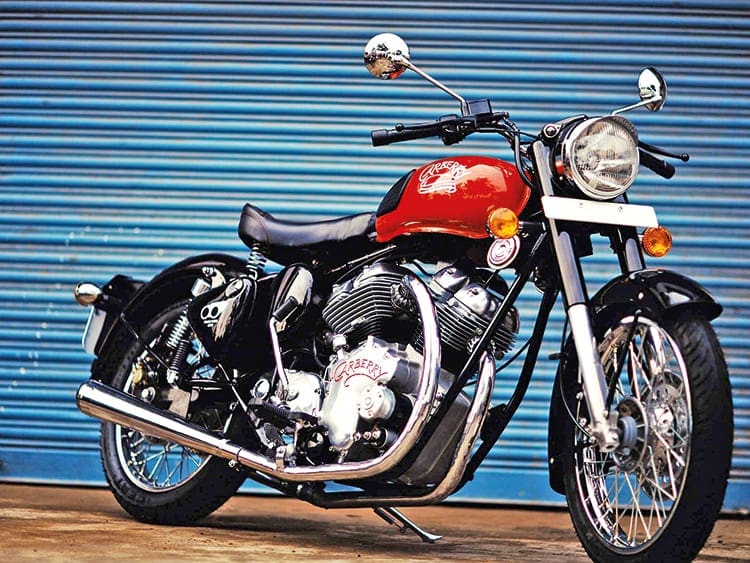 A NEW Enfield-based one-litre V-Twin engine has been launched by the founder of Carberry Motorcycles – as Royal Enfield develops its own parallel twin 750.

The Carberry V-twin is created from two Royal Enfield single-cylinder barrels mated onto a new crankcase.

Creator Paul Carberry has relocated to India to build his Double Barrel V-twin. A new company, Dream Engines and Modifications, has been formed by Jaspreet Singh Bhatia and Paul Carberry.
It is resurrecting the Carberry Motorcycle, which had ceased production in Australia in 2011 after fewer than 15 bikes were produced.

The engine uses the latest Enfield cylinders and heads and has a five-speed gearbox. The proposed frame for the upcoming complete bike is made from cold-drawn tube and the primary drive is upgraded with a seven-plate clutch. Initially, only the engines are being supplied, with a new Carberry V-twin engine costing around £7,000.
Visit carberry motorcycles.com.