About to enter into its sixth year, the Carole Nash Winter Classic event – supported by CBG – has become one of the favourite dates on the show calendar

WORDS AND PHOTOS BY JACK HARRISON

IT’S THE SHOW that celebrates all makes, models and eras of the classic scene, and there will once again be an eclectic mix of machines on display in two main halls at Newark Showground for the annual Winter Classic. 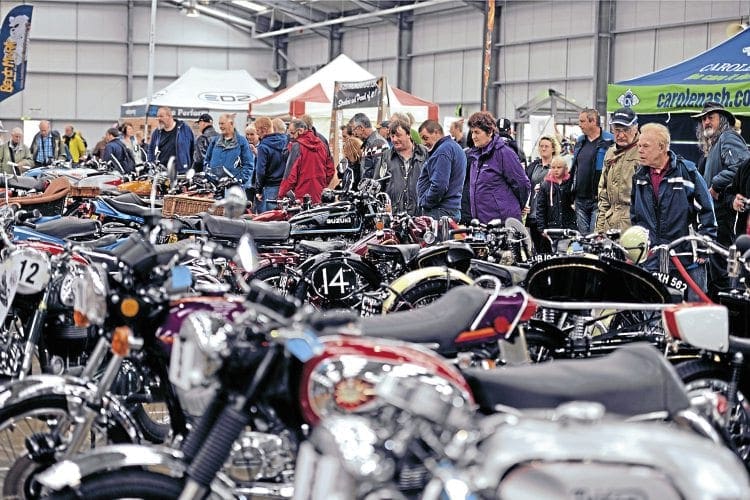 A quick look at the clubs set to attend the January 7-8 event gives an idea of the variety visitors can expect, with famed British marques represented alongside Japanese enthusiast groups and off-road and racing organisations – to highlight just a few.

Picking something special out of the line-up is no easy task, but depending on your view there may be a few standouts such as Andy Bolas’s Yamaha YSR50, possibly the smallest race rep event built (VJMC), Roger Moss’s indecently fast 1934 Scott Flying Squirrel (British Historic Racing) and Bill Dawson’s 1950 Velocette Covel built by former race mechanic Hendley Cox (Velocette Owners’ Club).