ZÜNDAPP WAS FOUNDED in 1917 and the marque’s 100th birthday is being celebrated at the Bremen Classic Motorshow in February next year.

The show incorporates a special ‘From Everyman To World Champion’ display of 20 or more Zündapp models. 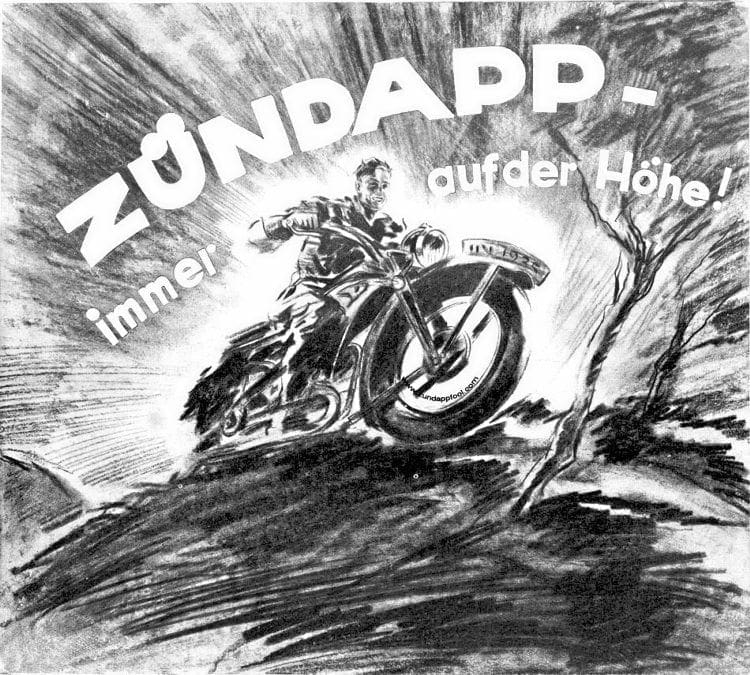 This will illustrate the variety of vehicles built by the company, from affordable commuter bikes like the Derby to the luxurious flat-four K800, and the KS50 sports mopeds of the 1960s and 70s.

Held over the weekend of February 3-5, 2017, the Bremen show extends through eight halls where more than 650 exhibitors and international dealers display vintage and classic cars and motorcycles, ‘young classics’ from the 1960s to 1990s, historic motorsports, memorabilia, accessories and spare parts from 12 different countries.

A huge hall of 3000 square metres is dedicated to
two-wheelers and features many enthusiast clubs, with more bike-oriented attractions at the Race Café in the sky lounge. A dedicated vehicle mart offers numerous vintage vehicles for sale by private owners, and it all takes place at Bremen in northern Germany, just 90 minutes flight time from London.