Newark was certainly nippy in January, but there was a fine array of hot bikes on show

Which is best – a winter show or a summer show? While there’s a lot to be said for a day in the sun, inspecting some highly polished creation with a 99 dripping down your wrist, the winter show seems more purposeful and more friendly, somehow. 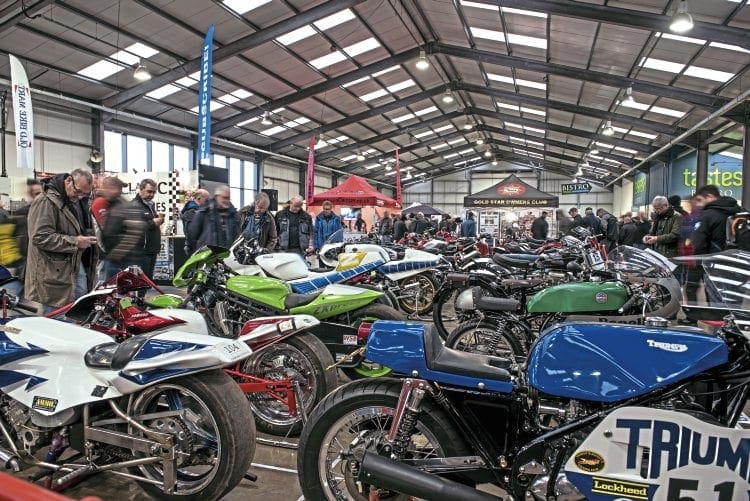 The Carole Nash Classic Bike Guide Winter Classic at Newark was no exception.

Thousands of people turned out to shake off the winter blues and whether engrossed in deep conversation about this and that in the comforting warmth of the Nottinghamshire halls, scrabbling round in boxes of brake calipers or seeking that right sized bolt to finish something off, Newark had the glow of happy campers revelling in their element. The numbers exceeded the organisers’ expectations and it didn’t take long before the overflow car parks were in action.

The George Stephenson Hall featured a good mix of ancient and modern, with competition trials, scrambler and race bikes rubbing bar ends with old Brits, gleaming Italians and some spectacularly tricked out Jap classics. A gleaming pile of BSA Gold Stars took pride of place at the centre of the hall. These were so splendidly presented it was hard to pick one favourite. And there was great variety on the Vintage Japanese club stand, where a Suzuki T125 Stinger shared space with a jaw-dropping Yamaha RD/TZ 350 special, and a Kawasaki Z1-R looked better than any example you might have seen on the showroom floor in the late Seventies.