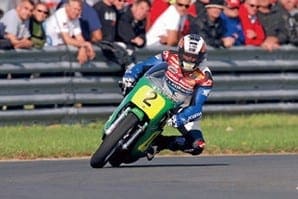 The Isle of Man Steam Packet Company says demand has increased dramatically for sailings during the 2013 festival fortnight compared with last year’s Manx Grand Prix Festival, and to help cope with the demand, the ferry firm is operating an extra sailing.

The Classic TT is one of the events, which makes up the new Isle of Man Festival of Motorcycling between August 17 and September 1. The festival also includes the Manx Grand Prix, Manx 2 Day Trial, Manx Classic Trial and the VMCC rally.

Leading TT stars and top classic racers will come together during the Classic TT to campaign a series of stunning classic machines in races on the Mountain course for 500cc, 350cc, 250cc and Formula One bikes.

There will also be a parade lap, displays and off-track events throughout the Classic TT, which runs from August 23 to 26.

“The motorsport team is working hard on all aspects of the new Festival of Motorcycling to establish the event in the racing calendar and ensure the event’s long-term future.”