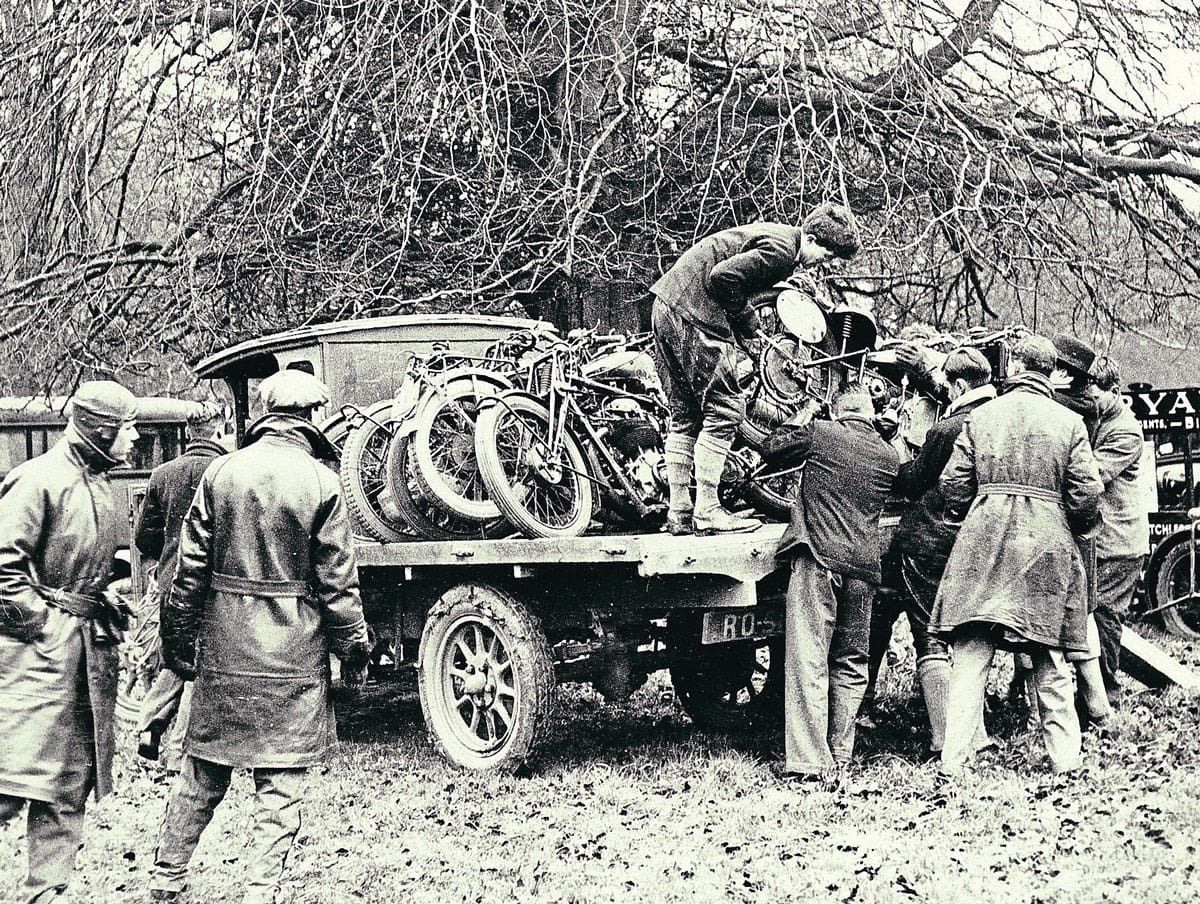 A cross-border dispute over whether a motorcycle being transported from the UK to the EU and back again is a ‘means of transport’ rumbles on.

The Federation of European Motorcyclists Associations (FEMA), National Motorcyclists Council UK (NMC), and the Federation Internationale Vehicules Anciens (FIVA) announced last month that they had received confirmation from the European Commission that a motorcycle could be transported, rather than ridden, across a border without owners paying high penalties and tax bills. FEMA has now said that the British and French governments are in discussions over what constitutes as a means of transport and what a bike trailered or in a van is legally classed as.

At the beginning of 2021 the rules changed and the owners of motorcycles and historic vehicles that they were transporting into Europe were confronted with high penalties and tax bills, to be paid immediately.

Owners of classic bikes often transport their vehicles to exhibitions and rallies, or to go touring at their preferred destination without breaking down on the way there. Following action by FEMA, FIVA and NMC, the European Commission sent the groups a letter saying that taking a motorcycle or a car with you from the United Kingdom to an EU country should not be a problem.

The EC said: “Means of transport entering the EU temporarily and leaving back to the United Kingdom after a few weeks can be placed under temporary admission and declared to customs by the sole act of crossing the frontier.”

However, French authorities have now said that in some cases a motorcycle may not be considered a means of transport but will be ‘goods in transit’ if it is being transported rather than ridden. It would therefore be subject to different customs rules, taxes, and duty.

The advice now is that riders check with the authorities in the countries they plan to enter about individual border requirements well in advance when transporting motorcycles to and from the UK and EU in a van or on a trailer.