BSA’s top of the range roadster may have been ‘competition equipped’ but its real role was as a crowd-pleasing road-burner. Fifty years later, its vivid performance still thrills rapid riders

“! BLAME TATTIE WATT for turning up at our local bike meet on a sparkling new BSA Rocket Gold Star. I was barely in my teens, but ever since that life-changing summer day back in 1963, I’ve dreamed of owning one,” laughed Derick. 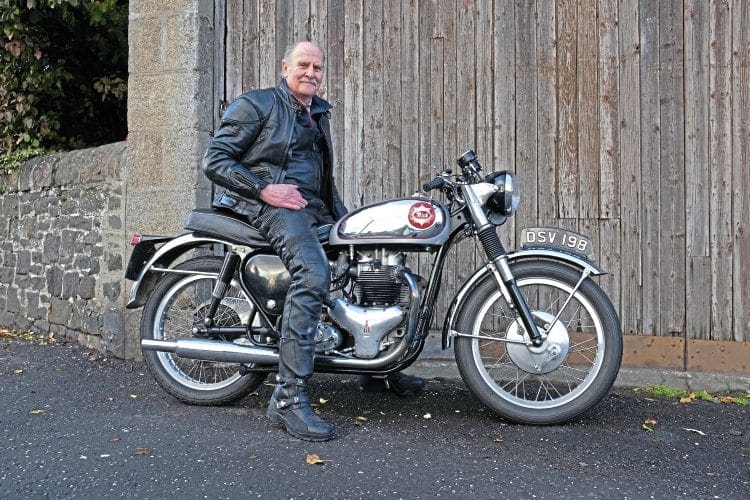 But it would be 33 years before Derick could make his dream a reality. His dream bike appeared for sale and a quick phone call established it was genuine and allegedly originated from Derick’s hometown in Scotland. So he phoned a knowledgeable friend and together they scrambled down to West Yorkshire to check out whether it was the real deal. It was.

The RGS has been acclaimed by some as the world’s top road-burner, ahead even of the mighty Honda CB750 and iconic Triumph T120 Bonneville. If the RGS really is the world’s finest – or at least one of the best classic bikes about – how can we separate the real thing from one of the countless replicas being bounced around today’s marketplace?

Aficionados might point to a well-documented history or better still an official letter of authentication from the BSA Owners’ Club – these days the majority of genuine machines will have one or both. However, there are also plenty of tell-tale visual clues, the most obvious being a Super Rocket engine nestling in a Gold Star type duplex frame with no oil pump kink and rearsets only.

Next clue should be an RRT2 gearbox and a rev counter drive positioned at the front of the engine’s timing case. Another tick in the RGS box is the beautiful silver and chrome petrol tank with its distinctive breather pipe and large BSA Gold Star tank badges. All are present and correct on Derick’s dream machine, including a well-documented history, proving indeed that his RGS is the genuine item – lucky him!