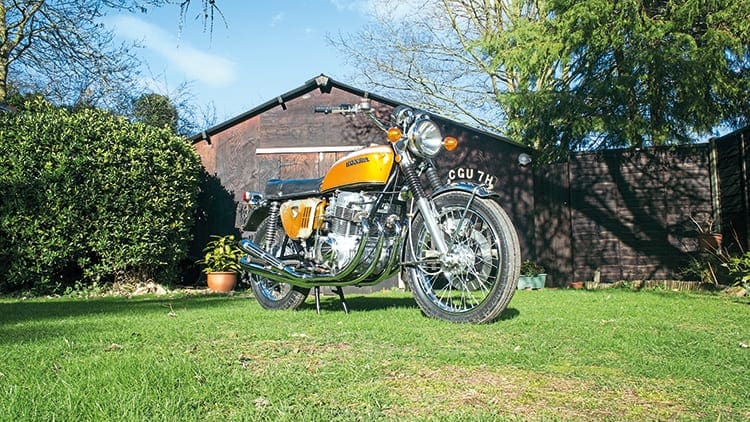 AN HISTORICALLY IMPORTANT Honda CB750 is up for grabs at the H&H Classics auction on March 4, at the National Motorcycle Museum. A late pre-production model, it is one of only four built, only two are known to still exist.

The bike for sale with H&H is a rare machine, mostly hand-made in Japan in 1968. The bike came over to the UK in 1969, was registered by Honda UK and was used by them in the UK launch of the then new CB750 model. It is frame number CB750-2110. It has been in the same private collection for the past 35 years and was undergoing a restoration when the owner passed away.

The two missing bikes suffered sad fates. A green version went to France and was never seen again and a red one was crushed. The gold bike was first shown in Europe at the Brighton Motorcycle show in April 1969. It also appeared on the cover of Motorcycle Mechanics May 1969.