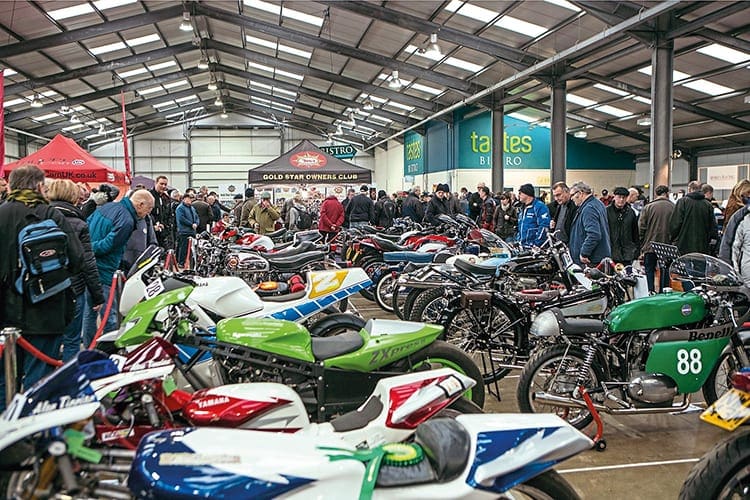 LEGENDARY RACER FREDDIE Spencer, universally known as Fast Freddie, will be the guest of honour at the Carole Nash Classic Bike Guide Winter Classic on January 5-6, bringing a real international flavour to the season starter at Newark Showground.

After a hugely successful career in his native US – the 1978 AMA 250cc Championship being his first big series win – Freddie got his first taste of international racing as part of the US team in the 1980 Transatlantic Trophy Match Races, winning two at Brands Hatch and beating world champions Kenny Roberts and Barry Sheene in the process.

By 1982 Freddie was a full-time Honda Grand Prix rider and in just one year in Europe he won his first 500cc World Championship, giving him the distinction of being the youngest rider ever to secure the title – aged just 21. The following year saw a battle royal between fellow American Kenny Roberts and Spencer with the latter snatching the title by just two points. However, it was the 1985 season that truly cemented Freddie’s name in the history books, when he did the unthinkable and won both the 250cc and 500cc titles, becoming the only rider in Grand Prix history to pull off such a feat.

Freddie will be interviewed live on stage by Steve Plater, and will be available for autographs and photos throughout the weekend. Event organiser Nick Mowbray said: “Having worked with Freddie before, we are really excited for him to appear at the show. He is a great character and will certainly help to set the scene of excitement for the classic motorcycling event season.”

The show, which takes place over the weekend of January 5-6 at Newark Showground in Nottinghamshire, features a huge autojumble, trade stands, packed scooter halls, and new for 2019, an indoor Scooter World start-up area, bringing the sounds and smells of the past into the New Year.

For more information or to buy advance tickets for he show, go to www.newarkclassicbikeshow.com or call 01507 529529.