Modern technology offers many different ways to build a cracking café racer, but it’s hard to beat the original combination of a Meriden motor and Featherbed frame…

Dave can’t quite recall when he first clapped eyes on a Triton, and never in his wildest dreams did he ever think he’d own one. 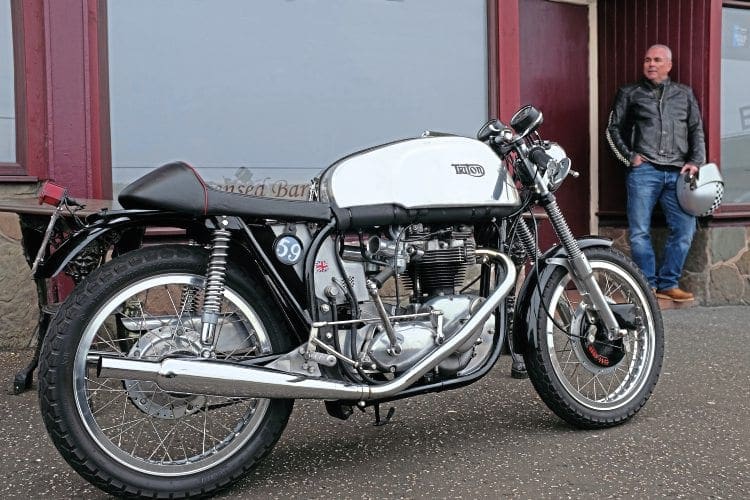 Dave remembers his father enthusing about his police Bonneville but Dave, by his own admission, was ‘weaned on Japanese bikes’. In fact, it was only recently that Dave rekindled his teenage interest with British machines, and in particular with Meriden Triumphs.

Dave’s quintessential Triton came to him following a blasé offer he made while killing time on eBay. “I was looking for a Meriden Bonneville when this Triton popped onto my screen,” he told CBG. “I liked its clean lines and aggressive styling and I fired in a modest bid, not really expecting to chase it towards any conclusion. But a counter bid egged me on, so I upped my bid and shut down my laptop. I had realistic expectations of what good Tritons are worth, so I was completely gobsmacked when I learned that I’d won the auction.”

Dave drove down to pick up his prize and to meet up with the Triton’s seller, Eric. “I was very pleased when Eric showed me his Triton, as it actually looked better in the flesh than it had on my laptop and it was obvious to me that it was a much-prized machine. I was surprised when Eric revealed that he’d owned the bike for seven years but rarely used it due to a chronic hip problem.