All that stands between a reasonably effective front suspension system and a badly handling motorcycle is a set of what used to be called garter seals. A pair of these seals – with their minuscule surface areas – amazingly holds in the fork oil that damps out the vagaries of Her Majesty’s highways. If you’ve ever ridden a bike that was designed to rely on springs alone then you’ll appreciate why engineers opted for oil damping. Bouncy front ends are not conducive to anything approaching decent handling. 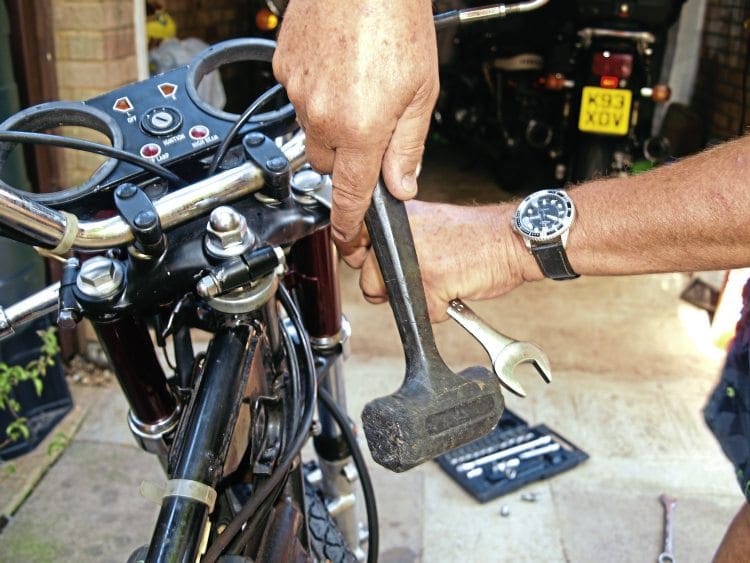 The relatively small quantity of oil retained inside the forks by the seals controls the excesses of both the compression and rebound actions of the fork springs. If one seal fails and loses its oil the stability of a motorcycle quickly gets out of kilter, making for a potentially dangerous ride. Should you choose to ride with two defective seals, the chances are you won’t be riding for very long.

Old seals often fail simply from lack of use, old age and sometimes drying out. Assuming that your fork tubes are in good shape, straight and without any chips, flakes or grooves, if there’s supposed to be oil in the lower legs you need new seals. Always change both seals unless there’s a good reason not to as the so-called ‘good one’ will inevitably fail in short order. This is how the job runs.