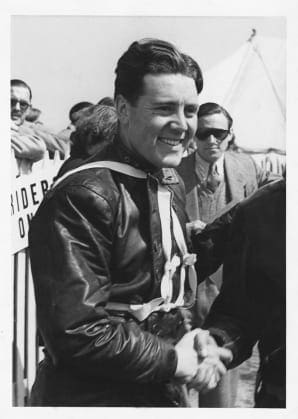 A special event took place on the Isle of Man on Sunday ahead of a private family funeral for the 1950s racing superstar who passed away on Friday, May 1 at the age of 92.

Joined by sons Peter and Mike who followed on motorcycles, a hearse carrying Duke’s coffin left the Grandstand for a final tour of the 37.73-mile circuit around which he made his name.

It is also expected that further commemorations will be taking place during the IOM Festival of Motorcycling between August and September.

Classic Racer magazine has been following events on its Facebook page, including photos shared from Sunday’s ceremonial lap. Editor Malc Wheeler has promised a full tribute feature to a man he describes as “a legend” in the next edition released on June 18.

Classic Bikers Club also shared a selection of superb archive images on its own Facebook page.