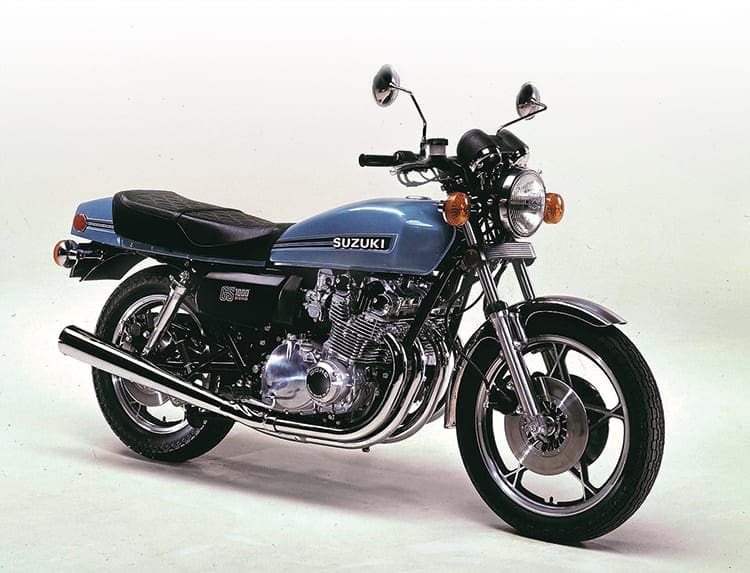 SUZUKI HAVE MARKED the 40th birthday of their GS1000 super sports bike by reminding owners that new factory parts are still available. They have also revealed that the design for the Four was inspired by an engine they obtained from MV Agusta.

In the late 1970s Suzuki were world-renowned for producing two-stroke engines and busy winning world championships both on and off-road. But while Barry Sheene was racing his RG500 to glory and Roger De Coster was winning the World Motocross Championship, Suzuki realised they needed to move into four-stroke technology and so developed the GS range, obtaining a four-cylinder, two-valve, four-stroke engine from MV Agusta. In 1978 the GS1000 was born, boasting a 997cc, inline four-cylinder engine, with DOHC and two valves per cylinder, putting out 88bhp at 8500rpm and 60lb/ft of torque at 6750rpm. Rumour has it a number of parts from the GS could fit into an MV engine. The iconic Four is part of their Vintage Parts Programme, with 970 parts still available brand new, including pistons, rings, many bearings and seals, clutch plates and more. For more information on the programme visit bikes.suzuki.co.uk/vintage-parts-programme