I’VE OWNED MY XLCR since 1991. Wanted one when I was kid, bought one in the States and shipped it back. I doubt there are many bikes that create the same intense feeling of riding a motorbike as the XLCR does. It’s like riding a wild beast.

It’s nothing to do with what the engine’s power curve looks like on a graph or having the latest trick spec equipment. The visceral, animal feeling it creates is enormous. So how does it do it? Distinctive good looks: sexy, naughty and rock and roll, it shakes a bit at speed and makes a load of noise. 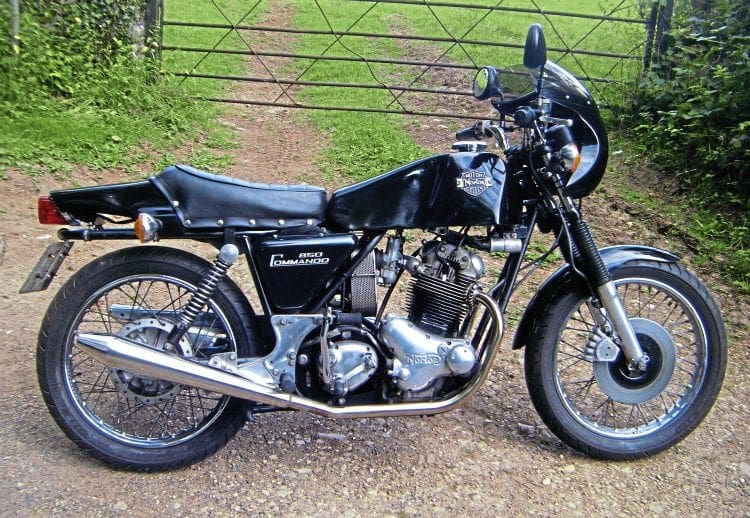 But, loads of bikes do that and don’t excite like an XLCR. The secret ingredient is its ergonomics.

Before the XLCR there were tourers, café racers and cruiser/choppers. The standard British bike was a tourer and the riding position is like sitting on the toilet reading the newspaper. The ergonomics never evolved to match the performance, feet too far forward and too upright at speed. The traditional café racer style doesn’t work on real roads, you can’t look over your shoulder, too much weight on the wrists, etc. My Norton Commando John Player lookalike is really not a nice ride.

Harley make cruisers. The XLCR was one of the first bikes to have the footrests directly below the hip joint (‘H-Point’) and the bars just above the top yoke. This involves and unites the rider with the bike as soon as you get on it. The mounting of the instruments in the fairing completes the emotional engagement; it shuts you in like a fighter plane cockpit. This was novel then but is normal now on every sports or sports-tourer. It’s a very practical riding position, comfortable all day and you can tuck in at speed.

I think only BMW had this riding position before the XLCR’s first public showing as a concept bike in 1975. I believe it’s a significant step change in the evolution of motorbike design and yet it’s gone unnoticed. I also believe it’s part of the XLCR’s failure. It was years ahead of its time and people didn’t know what to make of it. It’s not a proper Harley and not a proper sports bike so nobody wanted it. Nor is it transport, it’s a toy. Harley realised years ago that they are in the entertainment not transport business; we were into the 1980s before the rest of the major manufacturers and the buying public in general got it.

Some days though the XLCR is all a bit too much. I own a few bikes and had a Norton Commando Interstate doing nothing, not enough of a thrill to be my first choice. So I thought, how hard can it be to take the best of both and make a Norton XLCR? After 10 minutes with a tape measure I knew it could be done. The result works very well indeed, with both the important ergonomic package and good looks of the Harley, combined with the performance and ease of ownership of the Commando. It’s a joy to ride, all of the involvement of the Harley with less of the fuss. And I don’t need to worry about destroying a bit of history if the worst happens. It’s a pity Norton never made it.