It is often overlooked that the Harley-Davidson Sportster started out not as a street rod or style icon, but as an all-out superbike, designed to stomp the opposition into the dirt of the ovals and in main-street drag races. 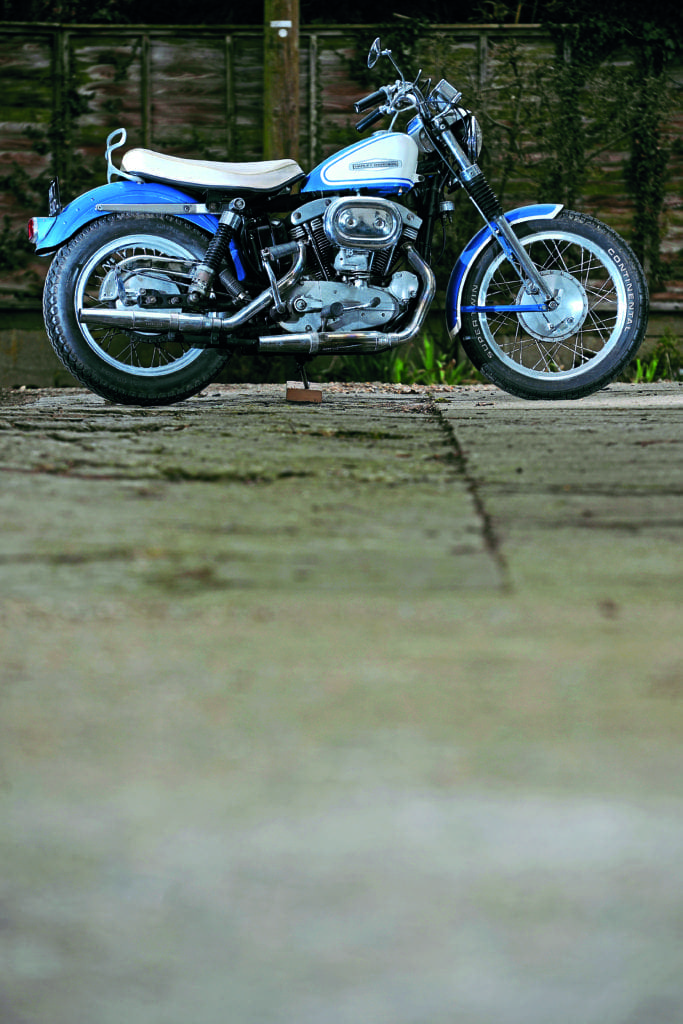 Until the late 1940s Harley-Davidson’s chief market for big bikes had been police forces, the army and members of ultra-respectable clubs, for whom motorcycling was a hobby and whose members would ride sensible big Harley flat-heads wearing smart club uniforms.

But by 1948 there was a new marke – wild-eyed young men straight out of the army looking for excitement. They were not going to find that from the existing K-series flat-head, no matter how well-equipped it was with telescopic forks, swingarm rear suspension and a unit-construction engine. They were much more likely to plump for a fire-breathing unsilenced British twin, of the kind flooding the US market as the UK tried to export its way out of postwar austerity. These proto-hoodlums tried to get more performance from their flat-heads by stripped off everything that wasn’t essential, but there was no way the side valve engine was going to seriously take on a 650cc OHV parallel twin. 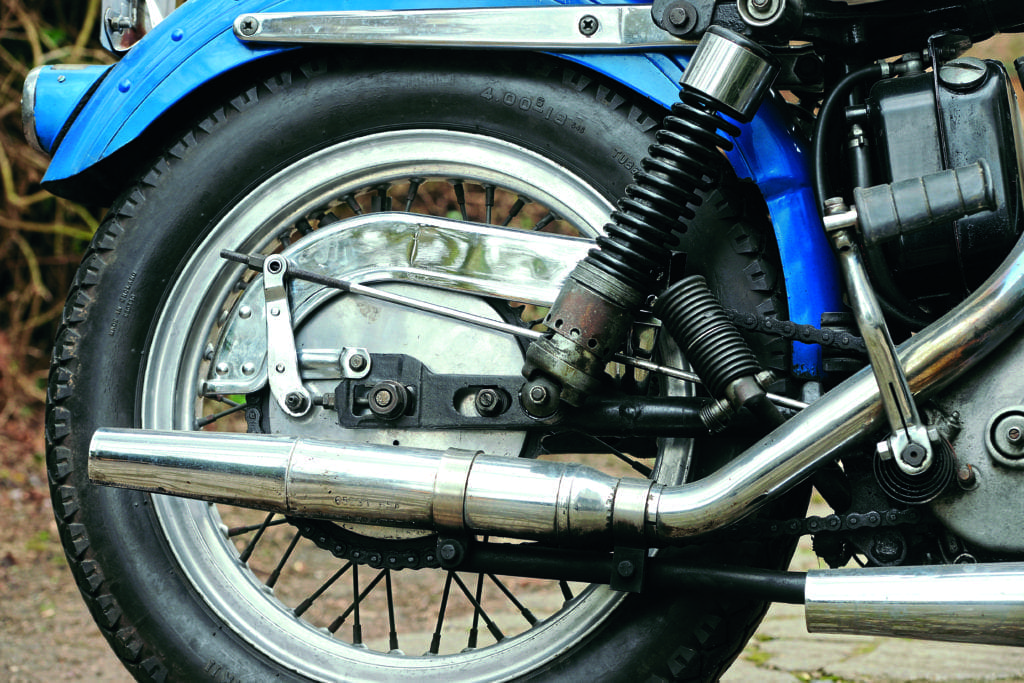 The first Sportster appeared in 1957 and was basically a K-series bike, even down to the 883cc capacity, but with a new OHV top end. The 40bhp motor was only just about capable of keeping up with the Brits, despite having an extra 250cc, so Harley upped the compression and produced the XLH Sportster, which had a whopping 55bhp. They also took the step of pursuing the sports market still further, producing the XLCH, which had high level pipes and the 10l petrol tank stolen from Harley’s tiny two-stroke, the 125cc Hummer. It might have been no use for travelling further than the distance between gas stations, but the XLCH created a look that has endured ever since. By 1959, the XLCH became a fully-equipped street-legal hot rod and the XLH came equipped with high lift intake cams.

By 1968 the XLH had been given the tiny XLCH tank and an extra 3bhp, a new set of front forks and could reach 114mph – which it had to, as the British had not been resting on their laurels and the Triumph Bonneville, Norton Atlas and BSA’s Spitfire and Lightning Rocket, among others, were more than capable of seeing off the older, more conservatively styled XLH. Harley did not concentrate entirely on making the Sportster sporty, in 1961 becoming one of the first manufacturers to put 12v electrics and an electric start on their bike, too. 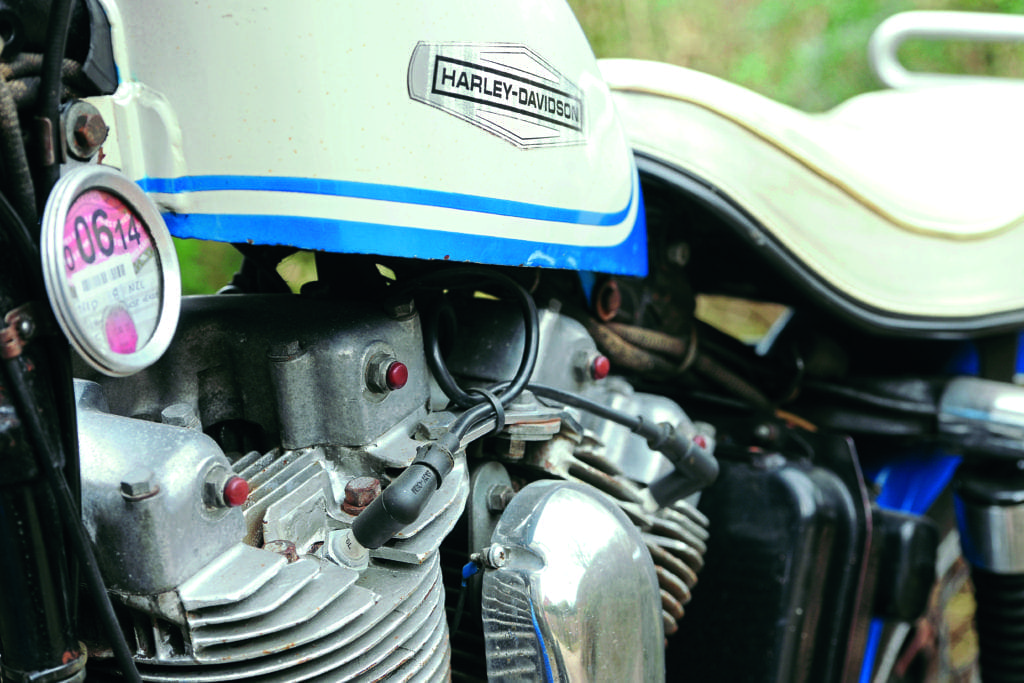 As the British faded, the Japanese made motorcycling a little more respectable and BMW were sewing up the big tourer segment, Harley-Davidson had the grunty power-mad market to themselves in the US and by 1974 nearly 24,000 of the latest 1000cc Sportster rolled off the production lines.

Harley continued to push the idea that the Sportster was a performance bike, campaigning the Sportster derived flat-track racer, the XR750 and setting a world land speed record with a Sportster engined streamliner to 265.492mph in 1970. In 1977 and 1978, the Sportster line included the café racer-styled XLCR, a factory café racer adaptation of the original Sportster. Though unsuccessful at the time, the XLCR, which had a revised frame with the shock absorbers set much further back, is now one of the most sought-after Sportsters. It was made at a time when Harley’s were deeply unfashionable and their build quality was questionable, so the affection in which it is held is possibly because it looked great, especially as a poster on a teenager’s bedroom wall. For some reason Harley also launched an XLT touring version for the European market, making around 1000 bikes with screens, Electra-Glide saddlebags and a 3.5-gallon fuel tank from the 1200 Superglide.

By now the Japanese were getting into their stride and continuing to expect the 1957 engine to compete with Z1000s and the like was wishful thinking, but nobody else was making a bike that came close to the experience of riding a Harley and it wasn’t until the late 1970s that Yamaha decided to take the Harley-Davison style head on.

By 1979, the Sportster had become the smallest displacement Harley in the line-up, still at 1000cc. 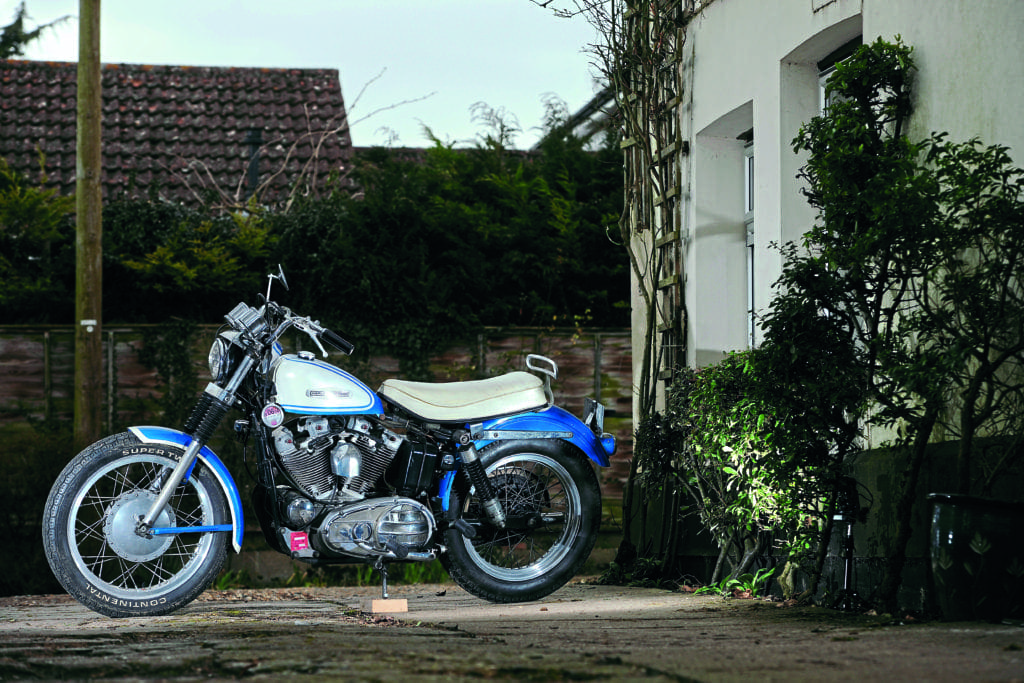 In the mid-1980s the Sportster got a refresh with return of the 883cc engine and introduction of a new 1100cc engine, both based on the new Evolution mill, but still running four-speed gearboxes.

In 1988 the Sportster range included three 883cc variants, now featuring Keihin carburettors, the 1100cc model was bumped up to 1200cc and in 1993 the 883cc Sporty got belt-drive, rubber mounted footpegs and a five-speed gearbox across the range.

Despite appearances to the contrary, Sportster development has seen great technological change in recent years, particularly in the way the electrical system works, and with fuel injection, as Harley fight to make their big, old air-cooled V-twin comply with ever increasing emission controls and noise regulations.

In 2000 the engine and gearbox internals received important upgrades, as did the front brake calipers. Now there are multiple versions of the Sportster to suit many tastes – for example they remain the only mainstream manufacturer of motorcycles to make a bike specifically for those a little short in the inside leg measurement.

The Sportster was once seen very much as an entry-level bike for new Harley owners, but this is no longer the case. There is a strong and loyal following for the little Sporty and many owners wouldn’t even consider a hop up to a big-twin.