AS THE MOTORCYCLING world waits for the first appearance of the new Royal Enfield and Constellation 650 twins in the showrooms, the company has quietly slipped out another livery for the model, and it harks back to the company’s late 1960s heyday. 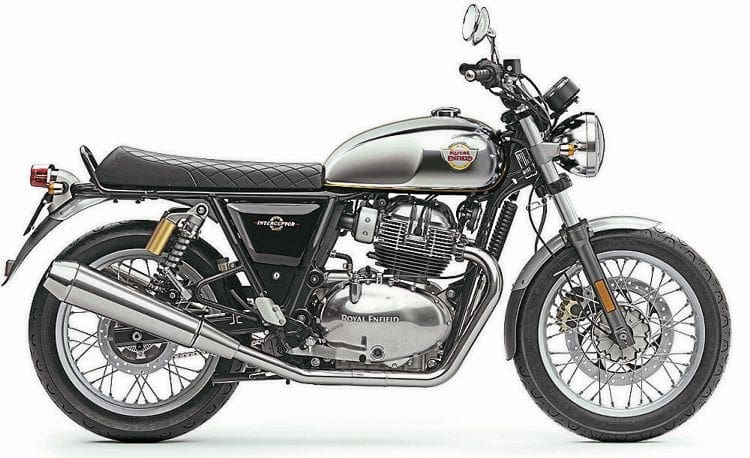 The Interceptor is now being offered in a chrome petrol tank finish, similar to that which adorned the original 700cc Interceptor II models in 1970.

The tank also has old-style raised badges rather than painted graphics on the livery, named Spectre. Production of the Royal Enfield Interceptor 650 and Continental GT 650 is due to start shortly with the first bikes in the showroom in April ,with a UK launch to catch the UK riding season. The price of the 650 has not yet been released.

More News and Features in the February issue of CBG – on sale now!