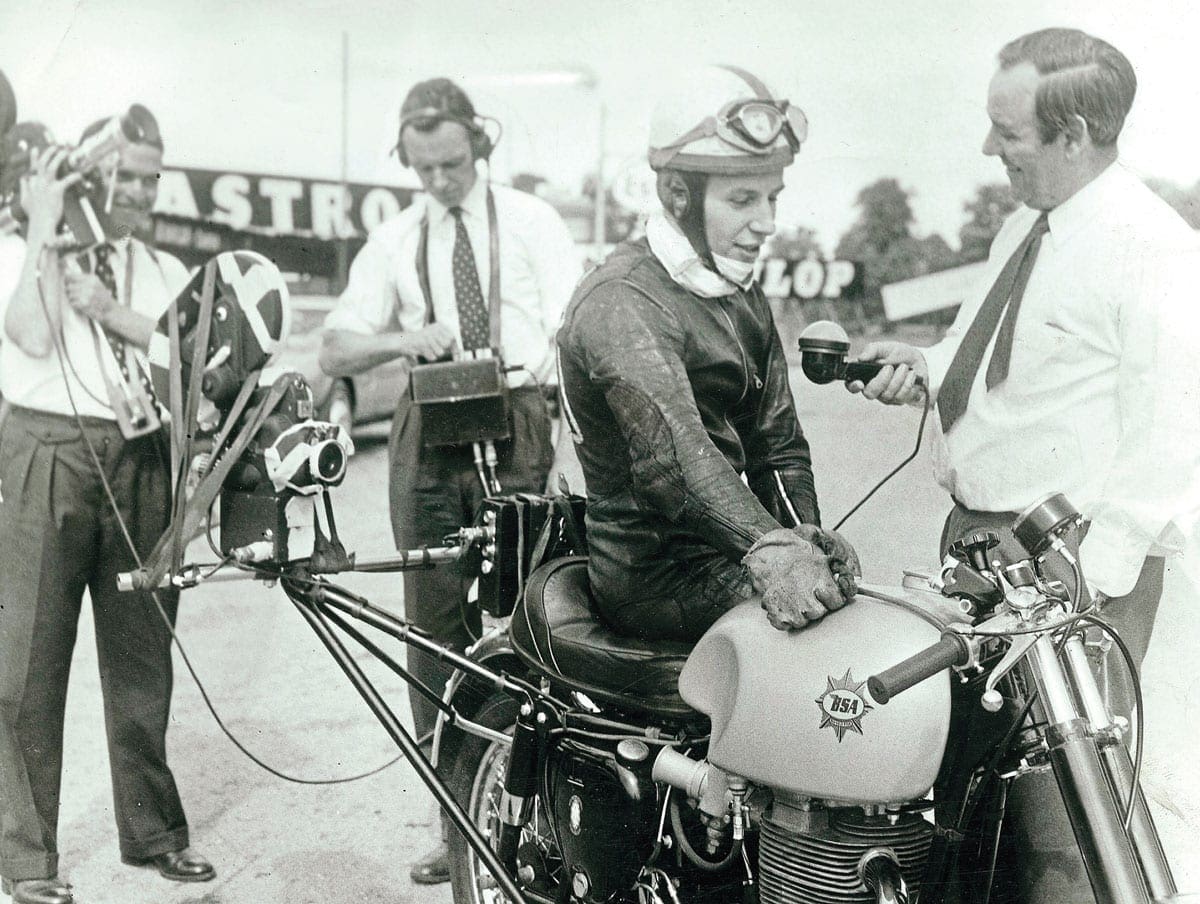 Back in August 1957, John Surtees took viewers for a ride when the BBC’s television programme, ‘Let’s go motor cycling’, filmed a lap of Oulton Park with the World Champion.

He also came fourth in the Junior TT for MV Agusta, though only managed 3rd in the 500cc World Championship, thanks to numerous retirements. And within three years, John would be the darling of the car world.

This is John Surtees in 1960, en route to winning the Senior TT. His MV Agusta was easily the fastest bike compared to the following gaggle of Norton singles, with a time of 2 hours, 12 minutes and 35.2 seconds, at an average speed of 102.44mph. Read how John Surtees rode to victory in the 1960 Senior TT here.