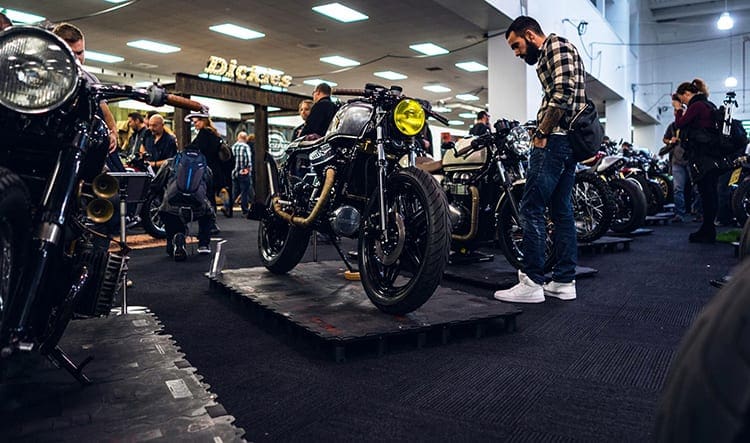 Kickback at the custard factory

THIS MONTH’S KICKBACK Motorbike Show & Workshop Fair is at Birmingham’s Custard Factory and pre-bookers can attend free of charge.
The event, sponsored by Allstyles Motorcycle Insurance, takes place on Saturday, July 15, at the Gibb Street Warehouse at the Custard Factory.There will be more than 50 customs, café racers and classic motorcycles on display as well as around 20 suppliers providing parts, accessories, equipment, engineering services and clothing, making it a perfect mid-summer destination for all custom bike lovers and builders. The Custard Factory, located on the site of what was the Bird’s Custard Factory in the industrial district, is now home to a thriving community of creative and digital businesses, independent shops, cafes and bars.
The show’s open from 10am until 5.30pm and to qualify for free entrance visitors must register at TheCustomShow.com. Entry on the door without a valid ticket is £5. To apply to display your custom motorcycle, café racer or rare classic, please email with photograph or book a trade space, email lorne@rwrw.co.uk 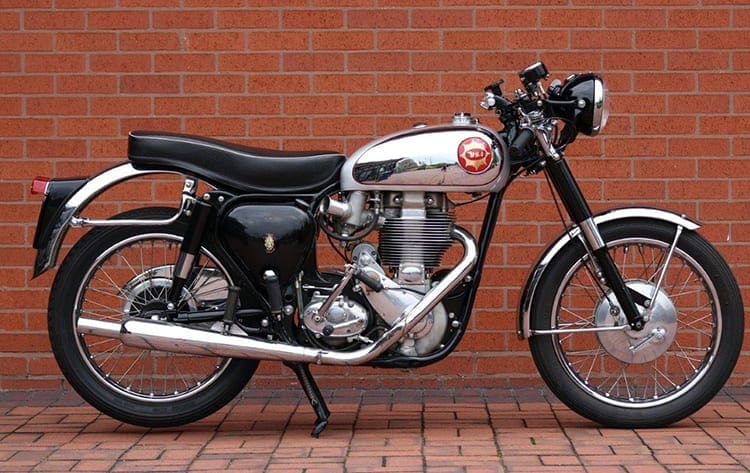 THE WINNER OF the National Motorcycle Museum summer 2017 raffle will ride away on one of the most sought-after of classic motorcycles, a 1960 BSA 500cc DBD34 Gold Star Clubman. Second prize is a 1955 BSA C11G 250 and third prize is a luxury classic weekend hotel break for two people at the Windmill Village Hotel Golf Club and Spa. The draw will take place on Saturday, November 4, at the National Motorcycle Museum Live event.
The lucky winner of the first prize in the 2017 winter raffle, Roger Ward of Worksop, took away a brand new 1200cc Triumph Thruxton R. The raffle was drawn by World Superbike Champion Troy Bayliss live on stage at the International Classic Motorcycle Show at Stafford. Peter Baldasera, from Newcastle-upon-Tyne, won second prize in the museum’s winter raffle, a 1954 AJS Model 18 that he will be adding to his classic bike collection. Third prize, a luxury classic weekend hotel break for two people, was won by Paul Wright of Ipswich.Tickets for the summer 2017 raffle cost £2.00 each and will be distributed via subscription copies of the specialist press.Tickets may also be obtained via the Museum on (01675) 444123 or ordered securely on-line from thenmm.co.uk 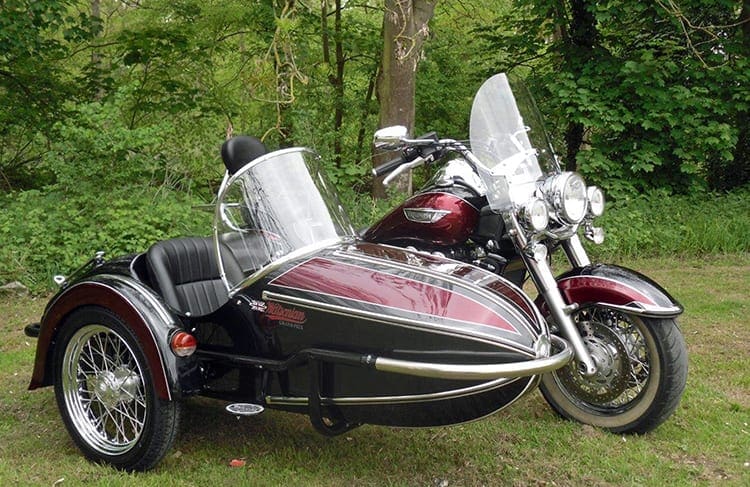 BRITAIN’S BIGGEST SIDECAR manufacturer has seen a big boost in demand from overseas customers during the first four months of 2017. Production at Watsonian Squire’s factory in the North Cotswolds has increased by 50 per cent, with orders coming in from distributors in the USA, Indonesia and Austria, as well as private customers from France and the Netherlands.
“Last year, exports accounted for 30 per cent of production; this year we’re exporting around 55 per cent,” says sales director Ben Matthews. “Without a doubt the lower value of the pound has helped, but we also have the technical expertise to supply fitting kits too, so that shops can attach the sidecar to their customers’ motorcycles safely and securely.”Watsonian has been making sidecars in the Heart of England for 105 years and is one of only a handful of major manufacturers in the world today. In the UK, sidecars must be fitted to the left side of the bike by law, whereas in most export markets they need to be fitted to the opposite side. Watsonian produces a wide range of bike-specific fittings for both set-ups. One popular outfit is the Watsonian Grand Prix. Originally introduced in the 1960s, this single seater retains the octagonal nose shape first seen on the Watsonian Sports sidecar of 1930, giving it a timeless appearance. The body is made from glass fibre with a polished gelcoat finish, sitting in a welded tubular steel frame, with leading link suspension and a 16-inch spoked wheel. Prices for the Grand Prix start at £5,750 including VAT. For more information call 01386 700907 or visit watsonian-squire.com