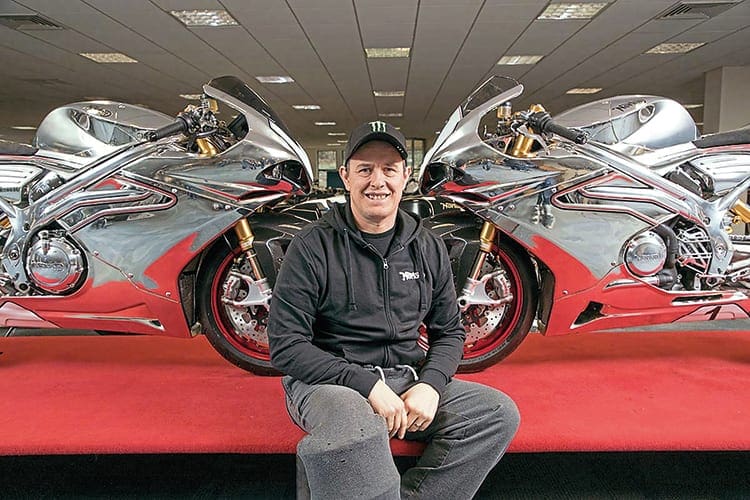 ISLE OF MAN legend John McGuinness will campaign a Norton at this year’s TT. McGuinness will join Josh Brookes in the Superbike and Senior races on a factory V4 Aprilia-engined Norton racer, after years of riding for Honda.

He suffered serious injuries in a crash during practice at the NW200 in 2017 and it was feared it might have ended the 45-year-old’s racing career. Speaking about his new role he said: “It goes without saying I want to win, and I don’t really see any reason why we can’t win. I watched the Norton and it looked a really competitive package. Josh got the bike round at 131mph, so there’s no reason why we can’t run right at the front.”

McGuinness last won the Senior TT in 2015, breaking the outright lap record with an average speed of more than 132mph. Norton last won a TT in 1992 with Steve Hislop in the saddle of a rotary engined machine.