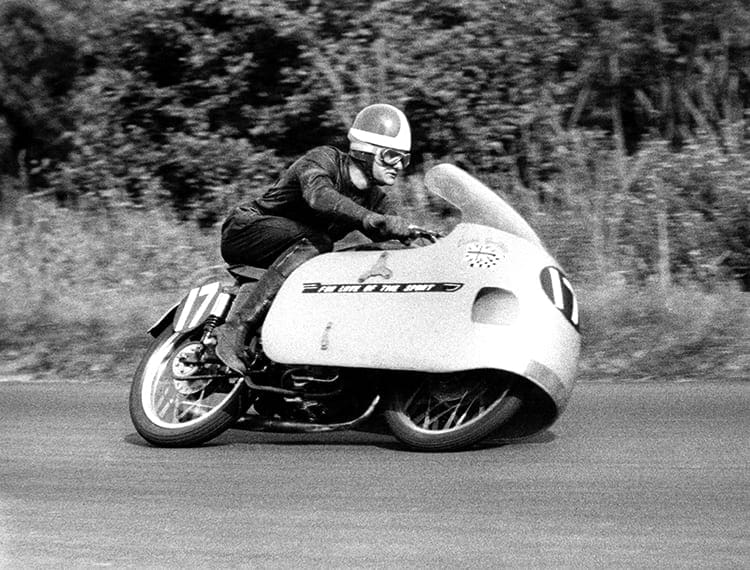 And each of them reveals something of the time, the era and the driving forces in Mike’s career.

In the early years – from Mike’s first race at Oulton Park to his TT hat-trick of 1961 – the chief force behind his racing was his father.

So to understand Mike Hailwood – and more importantly for this feature – his machines, is to understand the ruthless, ambitious, indefatigable Stanley Hailwood.

Stan did the deals, secured the bikes, promoted Michael, drove him to meetings – drove him mad, no doubt. And – a former racer himself – he mentored Michael’s riding. The two proved an unbeatable alliance: motorcycle brilliance and business acumen. It also helped that Stanley had the chequebook. A very fat one.

Read more in the May issue of CBG – on sale now!