MINOR ODDITIES TIME here. I know you’ll enjoy this. Guy I know has been rebuilding his not particularly elderly Brit bike since the dawn of time. It’s more of an obsession than a hobby, and certainly more serious than a pastime. I’d dropped by for a free coffee and to offer yet more of the friendly abuse we’ve shared about this particular machine down the years. Because it had been years by then, such is the leisurely approach some of us take to rebuilds. Ahem.

He was sitting in his workshop, and waved as I rattled to a stop. I parked up before waving back – grim experience has revealed that falling over on a friend’s deeply gravel drive is an unrewarding experience. One best avoided if possible. Tugging off gloves and helmet, I muttered muffled enquiries regarding his machine, which was in fact parked next to him and appeared strangely complete.

“Finished!” That was a small surprise. I’d considered his rebuild to a Forth Bridge painting exercise: reach one end, turn around and start again. Repeat. But no, obviously. I wondered whether it met his expectations?

“Just sent off the ads for it, mate.” That was a bigger surprise. I may have twitched an inquisitive eyebrow. “Job done,” he continued, smiling and making the coffee. “Time for something new.” I glanced around his workshop, home to some truly tasty tackle, and I could see his point, strange though it might seem.

Almost exactly 30 years ago, I was sharing the first of very many conversations with one Mark Williams, then master of a small publishing empire, founder of Bike, Which Bike? and the excellent Motorcycle International magazines and publisher of several others. We were plotting to launch another, as chaps should when life starts getting a little predictable.

I fancied an old bike magazine, not least because my favourite bikes, long-term passion and general idiocy revolves more around them than around new ones. Mark was much more interested in a magazine dedicated to more modern – but second-hand – motorcycles. We compromised, and Used & Classic Bike Guide was the result, a handy little pocket-sized thing produced in the very best traditions of coffee table cottage industry, and mostly on kitchen tables. If you can remember those grubby monochrome pages, then you can award yourself a gold star.

Everything changes down the years, and the little magazine split into two, which is unusual… but hey! Hence the magazine you’re currently looking at, the Classic Bike Guide – a rather different offering, to be sure. And that same Mark Williams still contributes to it, and we’re still friends, and I’ve enjoyed the last three years working with a truly excellent team to produce it. Thanks to all – the best magazines are a team effort, and CBG has a great team.

This is another change, another departure. Mine this time. Welcome on board Matt Hull, who’ll be steering CBG into its future while I relax and concentrate on riding, rebuilding and RealClassic magazine. The reason for leaving? Ill health. Nothing more. A recognition that willpower alone does not make a chap well! 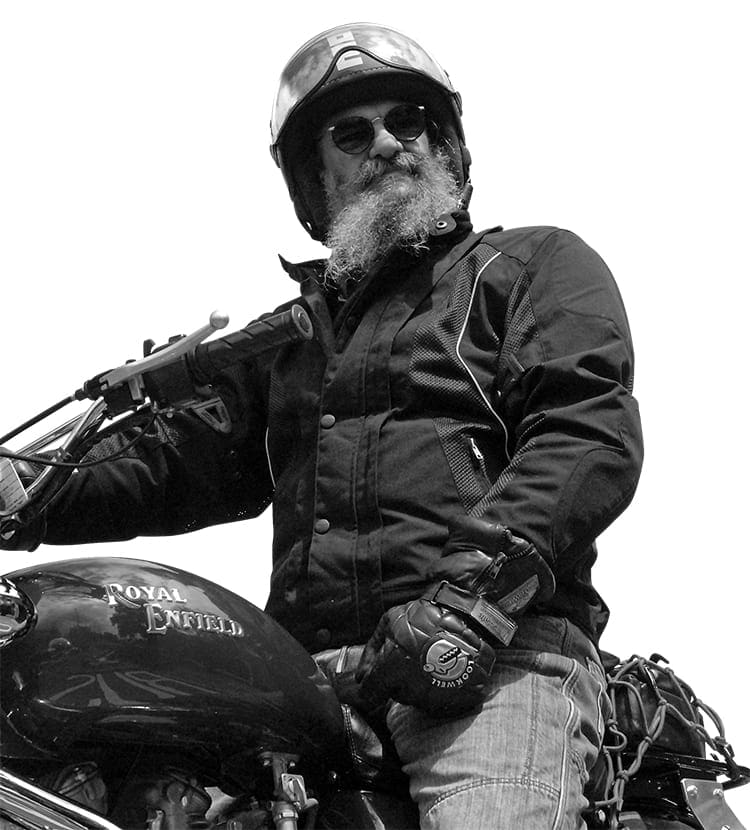