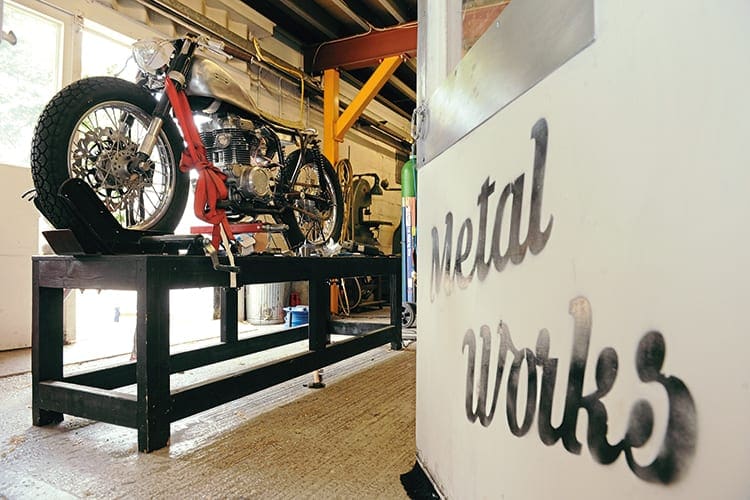 Tucked away just south of the Suffolk/Norfolk border, is a collection of anonymous farm buildings. These are surrounded by rolling wheat fields, currently being harvested and baled, thanks to the spate of hot weather we’re enjoying. With single-track lanes meandering through the landscape, it’s the sort of image you have when you’re envisaging a perfect Sunday bimble on your bike.

It’s in this rural idyll we find Old Empire Motorcycles, a small, but growing company, creating unique bike-builds for customers. It’s the sort of workshop you would perceive under an East London railway arch, not this countryside mirage, hidden even from my sat nav. “I blame Easy Rider,” smiles Alec Sharp, who started OEM in 2011. “I was discouraged to ride bikes until I was 18, though growing up here on the farm I did have a number of old field bikes. But after watching Easy Rider (made in 1969, starring Peter Fonda, Dennis Hopper and Jack Nicholson as hippies crossing the US after a drug deal, it was famous for showing the divides in US culture – and the fact the whole cast and crew were largely stoned while making the film), I became fascinated by the freedom offered by bikes – you know – throw away your watch and head off to find a Mardi Gras. I never saw it as a depressing story, it was the freedom that it highlighted for me – I’d never thought like that before. I became fully immersed into the chopper scene.”