Based on its Street Twin platform, the Street Cup saw Triumph tighten up the chassis and fit a lot of high quality bits to help it fill its role as the steed of choice for the reborn coffee-bar cowboy. Triumph describes it as an urban motorcycle and despite the sporty styling, the Cup is powered by the same high-torque, five-speed, 54bhp 900cc motor as the Street Twin. You can even have the power reduced so you can ride it on an A2 licence. The Street Cup’s engine spec involves an overhead camshaft, four valves per cylinder liquid cooling and fuel injection. 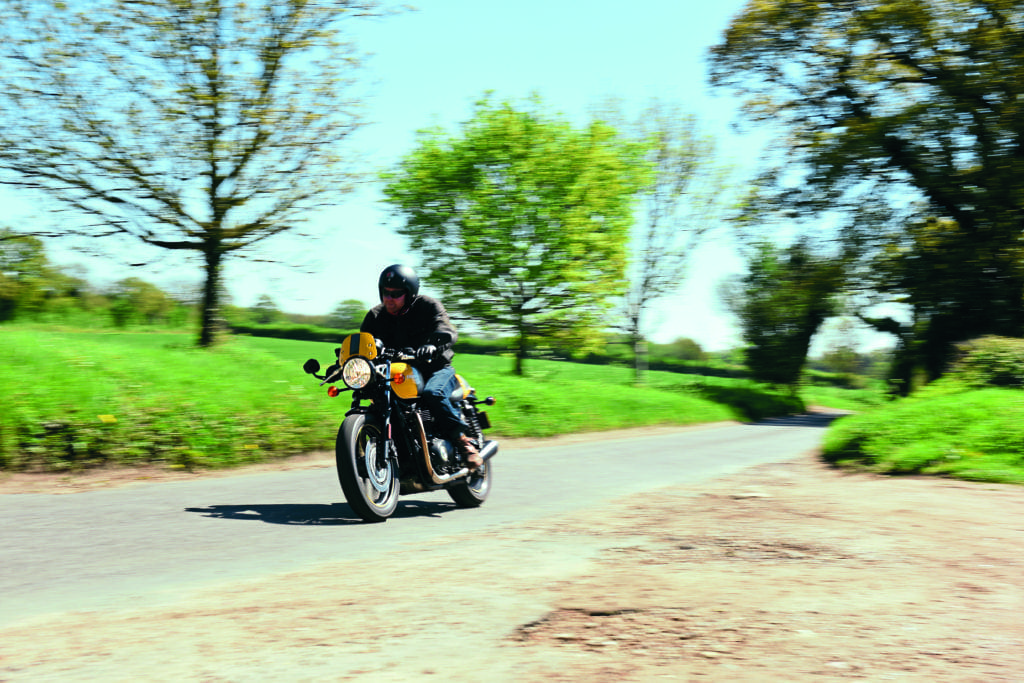 Classic riders unfamiliar with more modern machines might be interested to know that the Triumph Street Cup produces 5bhp more than a 1978 Triumph T140 Bonneville from its extra 150cc, but weighs 40lb (18kg) more; yet is 10mph faster. The Street Cup produces 59lb-ft of torque at 3250rpm, while the T140 produces 41.3lb-ft at 5500rpm.

If you are used to a lumpy old Brit twin, you’ll find that the Street Cup barely vibrates. It’s got two whopping great 450cc pistons, but thanks to the 270° crank, you can just feel a gentle rumbling.

The Cup has twin clocks to the Twin’s single item, ace bars, a smart seat with a removable seat cowl, a well-made fly screen and excellent and clear bar-end mirrors. The foot pegs mimic those of the Thruxton 1200, there are lightweight headlight mounts, fork protectors bullet indicators and an LED tail light. It also has ABS, traction control and a slip-assist clutch.

Traction control and a trip computer are used by pressing a button by the left grip which scrolls through information including fuel range, average mpg and current mpg. 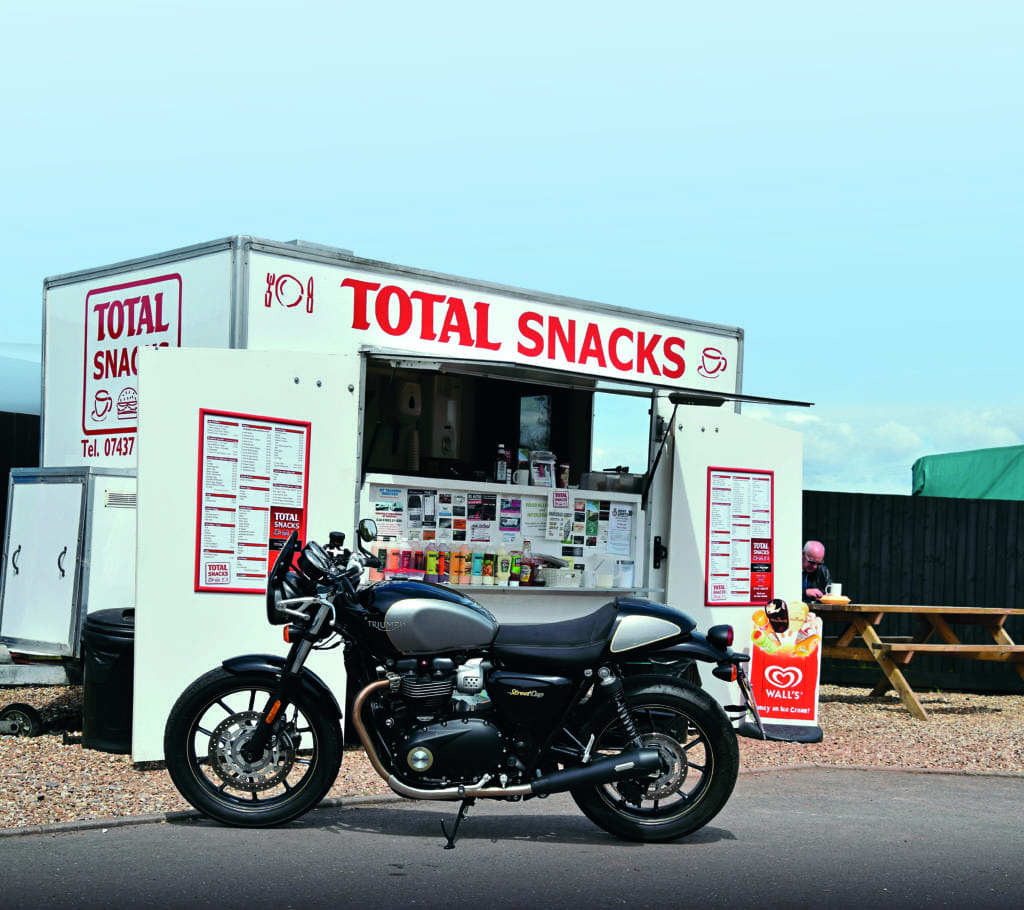 Suspension is simple and familiar, with conventional telescopic forks and a pair of KYB shock absorbers at the back. Despite being old-school, this arrangement does a good job of keeping the bike where it’s meant to be and of soaking up lumps and bumps, as do the Pirelli Phantom sports tyres.

The chunky 900cc Bonneville series black-finned engine has a lot of presence but the Cup doesn’t feel big and it’s easy to throw a leg over the removable seat hump. Straddle the Cup and the adjustable ace bars, rather than clip-ons, mean the riding position isn’t that much of a stretch and they match the Thruxton R model’s foot pegs well.

Want to read on, then subscribe to Classic Bike Guide and read our magazines online!

Get the latest Classic Bike Guide magazine updates straight to your inbox plus a FREE back issue to read right now, sign up below...