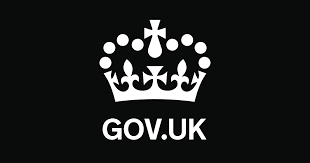 THE GOVERNMENT HAS clarified details of what will happen when the new 40-year MoT Exemption is introduced in May 2018.

Details of what the words ‘substantially modified’ mean, which is the term used to classify whether a vehicle can be considered exempt, have been firmed up. There has also been a change in the date at which a vehicle will be classified as 40 years old.

The ‘substantially modified’ category has seen the authorities abandon an original eight-point scheme which would have categorised different components, such as engines, frames, suspension and brakes as changes that affected the vehicle’s historic age for a simpler arrangement. This followed concerns that vehicles that had upgraded brakes or better engines might fall foul of the regulations. Instead, ‘substantially modified’ will now mean a vehicle that has a power to weight ratio of more than 15 per cent in excess of its original design, unless such a modification took place before 1988.

An MoT will also still be needed if a vehicle has been issued with a registration number with a ‘Q’ prefix. Kit cars and reconstructed classic vehicles, a class defined by DVLA guidance will also be ineligible. Anyone applying for tax exemption will now need to declare that a vehicle hasn’t been substantially changed since 1988.

Original guidance issued by the Department for Transport (DfT) indicated that the rules would apply in the first instance to vehicles registered or manufactured before 1977 and then roll over, but this has now been changed.