TRIUMPH DEALERSHIP Jack Lilley, which has been selling motorcycles in the London area since the 1950s, has a new owner. The business has been bought by the Lind Group which also owns BMW and Harley-Davidson dealerships. 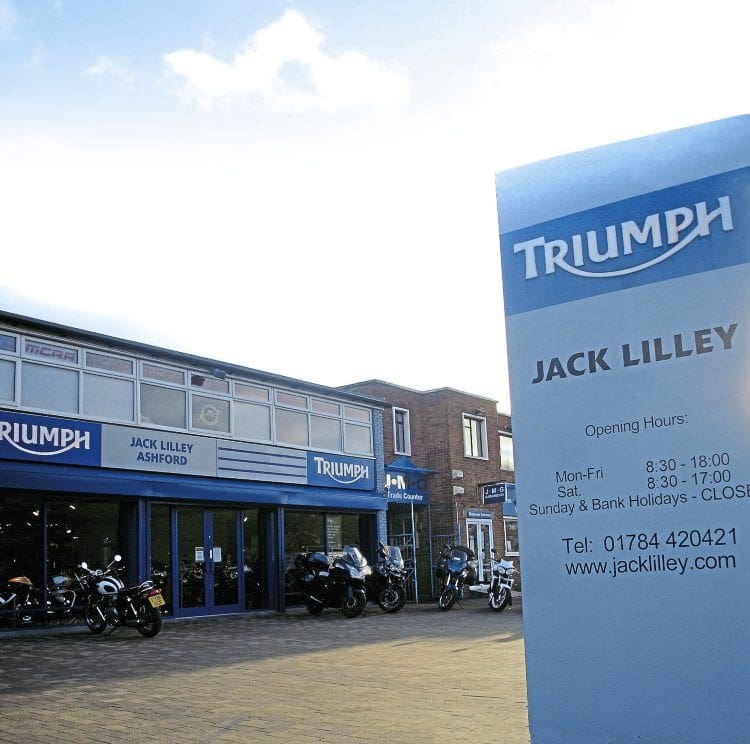 Jack Lilley Ltd was established in 1959 in Shepperton, selling Lambretta, NSU, BSA and Norman lightweights, as well as outboard motors, scoring success with the start of the scooter boom. Turned down by most British manufacturers as an agency at the time, the firm signed up with Honda and later became one of the first Hinckley-appointed Triumph dealerships in 1991, and in that 26-year relationship has played a major part in helping the Triumph brand establish itself in the UK.

Initially operating from its Shepperton premises, that was soon outgrown and they moved to the current, larger Ashford store. In 2013 Lilley acquired an additional Triumph dealership in Romford.

Read more in the May issue of CBG – on sale now!