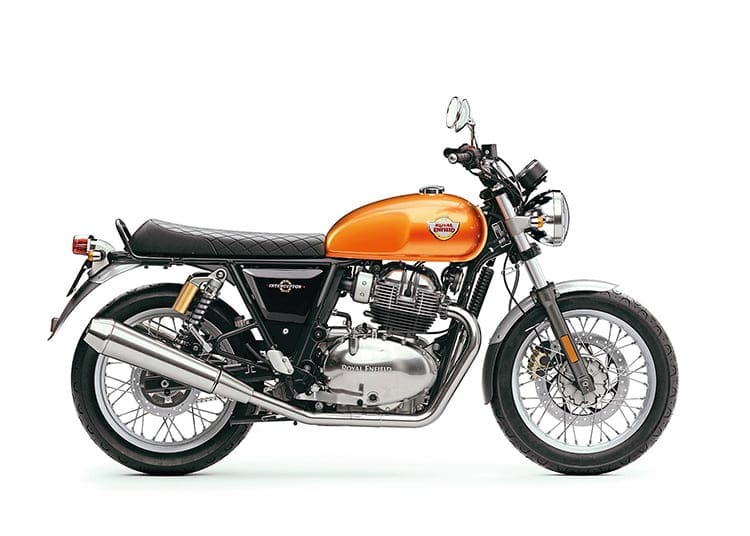 THE ROYAL ENFIELD 650 twins will arrive in UK dealerships in January for potential purchasers to inspect and order. Priced on the road at between £5,500 for the base level Interceptor INT 650 and £6,200 for the top of the range Continental GT 650, dealers are taking bookings and inquiries now. Europe is the first region where customers can place confirmed orders, to be followed by India. The twins will come with a three-year warranty and roadside assistance service.  The most expensive Interceptor will be a chrome tanked offering at £5,990, while the basic GT café racer will cost £5700. Royal Enfield has also produced over 40 accessories that will have a two-year warranty.

Siddhartha Lal, CEO of Royal Enfield said: “The Twin motorcycles are authentic in inspiration and modern at the core and mark the beginning of a new chapter at Royal Enfield. These are our first truly global line of products and will play a very strategic role in ushering the next set of Royal Enfield owners across the world. We are extremely happy to make these motorcycles available first to our riding enthusiasts here in Europe. “We strongly believe that the 650 Twins will be an attractive, evocative motorcycle for our customers across Europe.”

Aimed clearly at the modern classic marketplace, the Continental GT 650 has an optional single seat, sculpted fuel tank, rearset footrests and race-style clip-on handlebars. The Interceptor INT 650, meanwhile, harks back to Royal Enfield’s 1960s twins and has a rounded export-type tank with traditional knee recesses, a comfortable quilted dual seat and wide, braced handlebars reminiscent of the street scrambler style that emerged in 1960s California. There is no indication of the delivery date for the first twins.

Royal Enfield released the prices at this year’s EICMA exhibition in Milan, where they had an unheralded surprise – a new concept bobber-styled V-twin. ‘Concept Kx’ was developed from scratch in just six months during the summer and was inspired by Royal Enfield’s original Model KX of the late 1930s, a mighty, 1,140cc side valve machine that was described in contemporary advertising material as being ‘the last word in luxury motorcycling’.

The Kx has a low-slung, girder-forked look with copper, bronze and leather trim and a single-sided swing arm. The 838cc engine for the project, which includes a front mounted oil tank, like the original KX, was developed in partnership with US manufacturer Polaris. The Kx was created as a design exercise for the Royal Enfield team, and as an inspiration for further Royal Enfield products. It is not designed to be put into production.