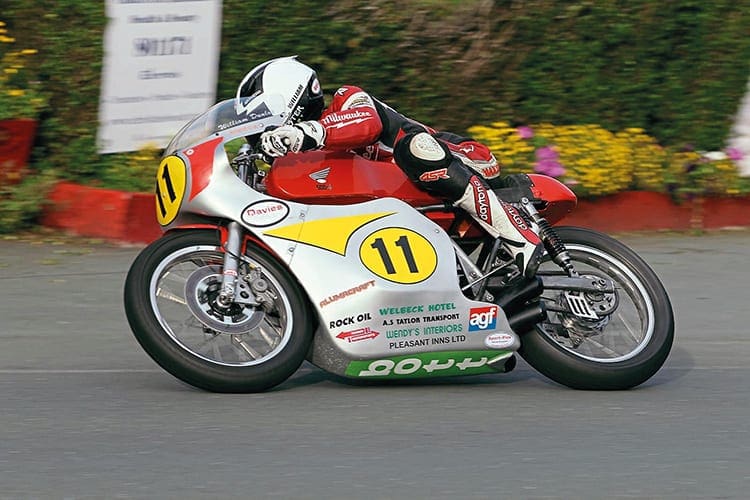 ROAD RACER WILLIAM Dunlop was killed in a crash while practising for the Skerries 100 Road races near Dublin on Saturday, July 7. He was 32 years old. Part of a motorcycle racing dynasty, William was the elder brother of Michael Dunlop, the son of Robert Dunlop and the nephew of Joey Dunlop. William’s father Robert was killed following an accident in practice at the NW200 in 2008, while his uncle Joey died after a crash in Estonia in 2000. Dunlop was making his return to the roads at Skerries after taking the decision to withdraw from the 2018 Isle of Man TT in June in order to be with his pregnant partner Janine Brolly, who is expecting their second child in September, a brother or sister to their first child, Ella. William started racing 125cc bikes in 2000. During his racing career, he accumulated 108 Irish National Road Race wins. He raced classic machines, being signed up by the National Motorcycle Museum to ride a Norton Rotary in the Classic TT in 2015 and riding a 1972 Honda 500-4 in the 2018 Classic TT, coming third. He also raced a Honda 350 twin and a 1991 Kawasaki ZXR750 in classic racing.

He achieved numerous victories at two of Ireland’s prestigious road racing events, the North West 200 and the Ulster Grand Prix. His best results at the Isle of Man TT saw him secure the third tier on the podium on four occasions with his best result being the runner-up position in the 2016 TT Zero. William had raced for Tyco BMW Motorrad Racing and campaigned a Yamaha YZF-R1 and Yamaha YZF-R6 in the Superbike and Supersport categories and a Kawasaki ZX-10R Superstock machine during selected rounds of the British Championship. Tim Martin, who runs the Mar-Train Racing team that William was racing for, told the Belfast News Letter he had been left “numb and shocked” by the tragedy. He said: “What can you say – what words are there? We’re all just numb and in shock. It’s nothing compared to what William’s partner Janine, his daughter Ella and the Dunlop family are going through, but it’s just so hard to take.” The organisers of the Skerries 100 have donated the prize fund for the races to the Dunlop family.

A flood of tributes to William Dunlop came from across the world of motorcycle racing with World Superbike champion Jonathan Rea expressing his grief and sympathy and dedicating his win at Misano to the Dunlop family. Golfers Graeme McDowell and Rory McIlroy and former boxer Barry McGuigan added their tributes, which came from across sport and society in Northern Ireland, with DUP leader Arlene Foster, Ulster Rugby, Eamonn Holmes and the Belfast Film Festival all contributing. North West 200 organisers said: “We are absolutely devastated to learn of the death of William Dunlop in an incident today at the Skerries 100. Our sincere sympathies are with his partner Janine, his daughter, brothers, mother and extended family.”