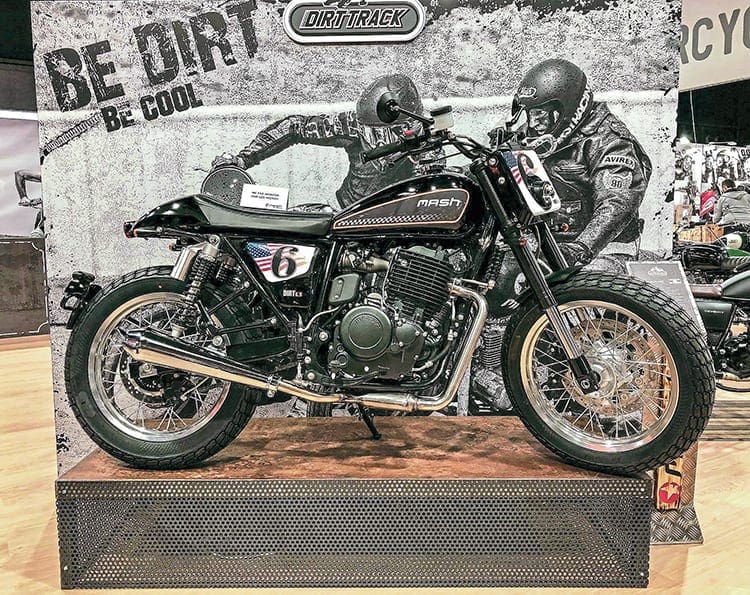 COLOGNE’S INTERMOT SHOW showed that manufacturers are continuing to target the classic market with a range of retro models and machines that look to their manufacturer’s past glories.

Suzuki made the biggest splash by reviving the Katana name for their latest semi-naked roadster based on the company’s 999cc GSX-S. Revitalised German manufacturer Horex revealed a new V6 naked model with a price tag in excess of £30,000, while Ducati have updated their scramblers and Moto Guzzi launched their new V85 adventure bike and a Sport version of their V9 Bobber. Indian unveiled their FTR1200 flat tracker and an updated Cruiser with a 1811cc engine.

At the other end of the scale Honda say they expect their revamped Cub model, a 125cc commuter that leans heavily on Honda’s C50 Cub heritage, to be in the showrooms in 2019. Smaller manufacturers also got a look in with Herald showing off their budget 400 Classic, a 400cc single priced at £4,299 with the engine from Hartford in Taiwan based on a Honda single and their new Brute trail bike with a liquid-cooled 500cc single engine. Herald developed the Brute and they will make it in the UK with a British-built frame and bought-in engine. French company Mash launched their biggest bike yet, a 650cc flat track single branded as the Mash Dirt 6.5, which borrows heavily from US flat track fashion.