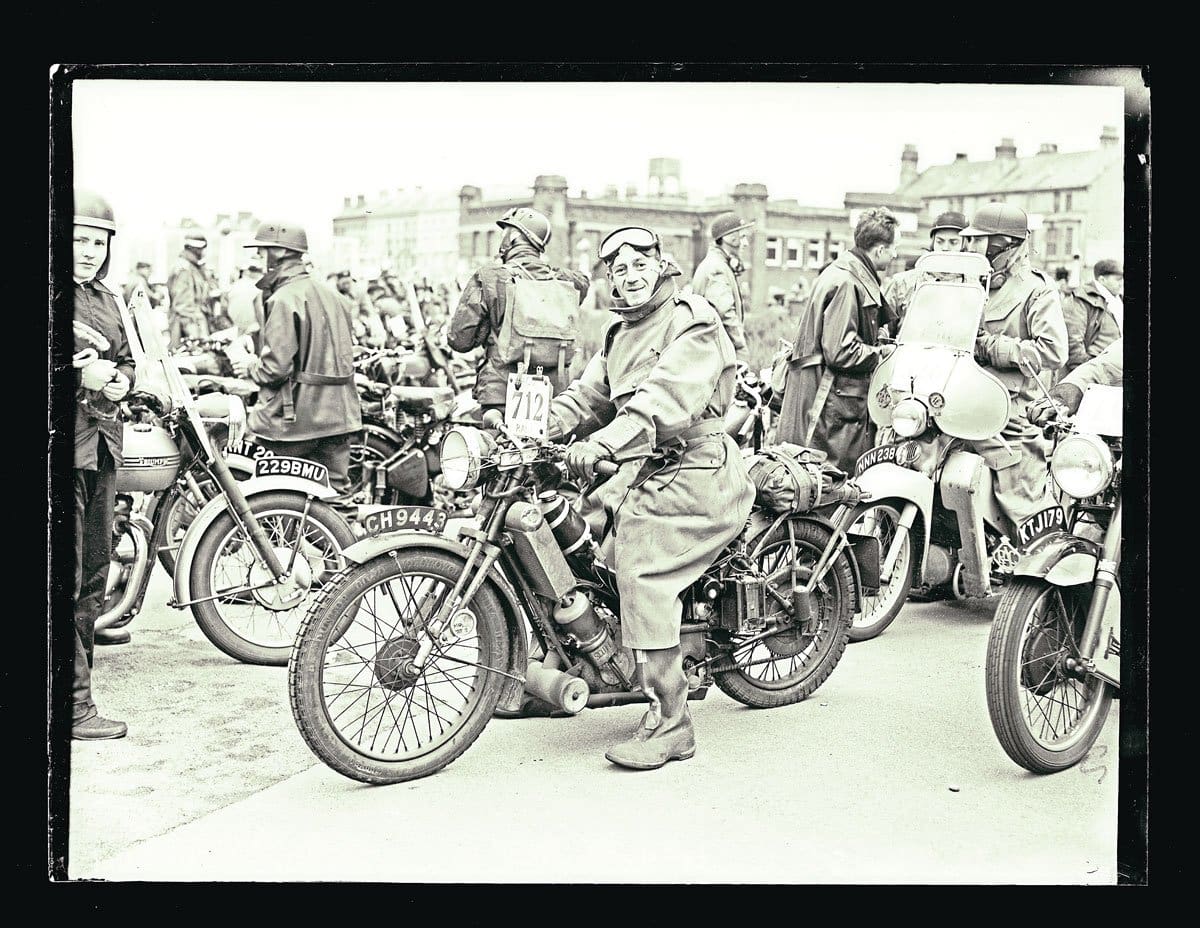 The year is 1954 and Mr J Whitehouse is astride a 1930 Scott Squirrel. The happy throng is the end of the ACU National Rally at Rhyl, North Wales, a navigation exercise taking in a large proportion of the country. The idea was simple – to cover as close to 600 miles within 24 hours, passing through as many waypoints as you could, with one point per mile and two points per waypoint.

A total of 946 two and three-wheeled vehicles started from various waypoints in the country, with the final destination, Rhyl, within a two-hour window. Most machines were solo but many had pillion, and the three-wheeler Morgans and Bond Minicars had passengers to help with navigation duties. The weather was horrendous this July weekend but most were prepared, with many wearing ‘safety helmets’. The general consensus at the end was, ‘I’m dry inside’.

The winner was Derby schoolmaster J R Walton, on his 123cc BSA Bantam; a nice win for the small bike. Already a winner the previous year, Walton finished with a dead rabbit he had hit on the front of his bike – whether for luck or for dinner, no one is sure.

The Scott we see here would have been 24 years old and possibly one of the older machines, plus, as they always have, being two-stroke would have stood out. By the looks of Mr Whitehouse’s left hand, he seems to be holding the clutch in, denoting that this is a three-speed and not the earlier two-speed centrifugal model. The registration number is a Derby one.

With most around wearing safety helmets, said Mr Whitehouse seems to have been happy with just his goggles, though his hefty Mac and rubber overboots suggest he was expecting bad weather before setting off. He also doesn’t believe in packing too much – this is no BMW GS! And, erm, that front brake doesn’t look too sharp – I’ve been told Scott tried a better brake but the forks wouldn’t take the power, so instead of changing the forks, they went back to the tiny drum…

CH9443 is still on the DVLA database, though it has not been taxed since 1997. If anyone knows of its whereabouts, we would be happy to provide a print of this to the owner, so get Scott-hunting and let us know at editor@classicbikeguide.com