In a successful attempt to retain its longstanding role as suppliers of police and military motorcycles, in 1963 Moto Guzzi started work on a replacement for the Falcone. Replacing the long-serving 499cc Falcone single required a faster, more modern machine and Guzzi’s 703cc V7 shaft drive V-twin certainly fitted the bill. 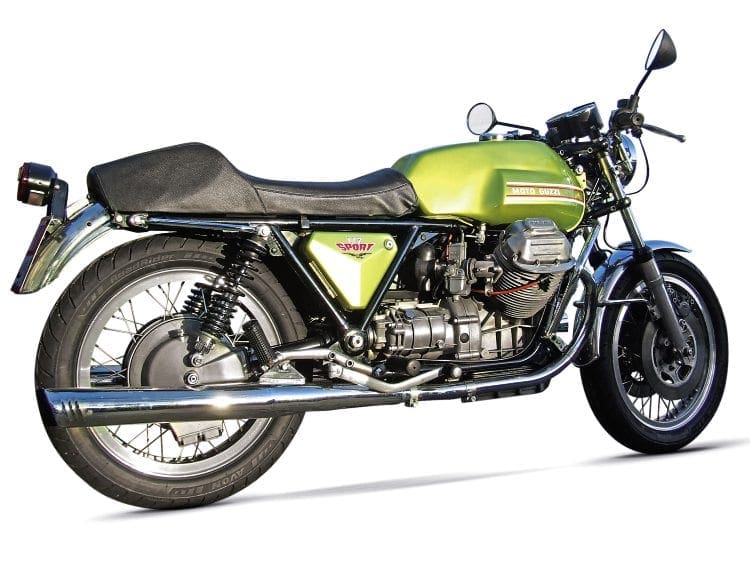 Designed for a long service life with easy access for straightforward maintenance, the V7 evolved into the 757cc V7 Special for Europe and the Ambassador for the USA, followed by the 844cc Eldorado. These were robust, reliable tourers rather than sports bikes, but several lightweight V7s were developed that were very successful in setting speed records. This enabled further development and redesign into the V7 Sport.

Created by Guzzi’s chief engineer Lino Tonti, the V7 Sport was the firm’s first production sports bike and had serious race potential. Capable of over 120mph, it was the fastest production motorcycle in 1971/72, and came with a price tag to match. This machine spawned generations of Guzzis whose distinctive lines reflect their obvious ancestry. Capitalising on all that nostalgia, Moto Guzzi recently launched its V7 III.