In 1956 Triumph applied a ‘World Speed Record Holder’ decal to the nacelle of all machines to celebrate Johnny Allen setting a new motorcycle record at Bonneville the previous year; he returned to improve the time on September 6, 1956 and achieved 214.40mph.

The team from Dalio’s Triumph dealership in Ft Worth, Texas, had received factory backing and was headed by tuning guru Jack Wilson with businessman and pilot Stormy Mangham.

Their battle with the NSU factory team is well documented after they reached 211.40mph just a month before, with Wilhelm Herz aboard a 500cc supercharged streamliner.

Less known is the story of 16-year-old dirt track rider Jess Thomas, who would hang round the shop and become part of the team that headed for the salt flats. While the Thunderbird 650cc methanol-powered streamliner (Devils Arrow) took all the headlines, that same day young Jess took a stock engine Tiger 100 to 128.89mph, a new AMA Class C record. 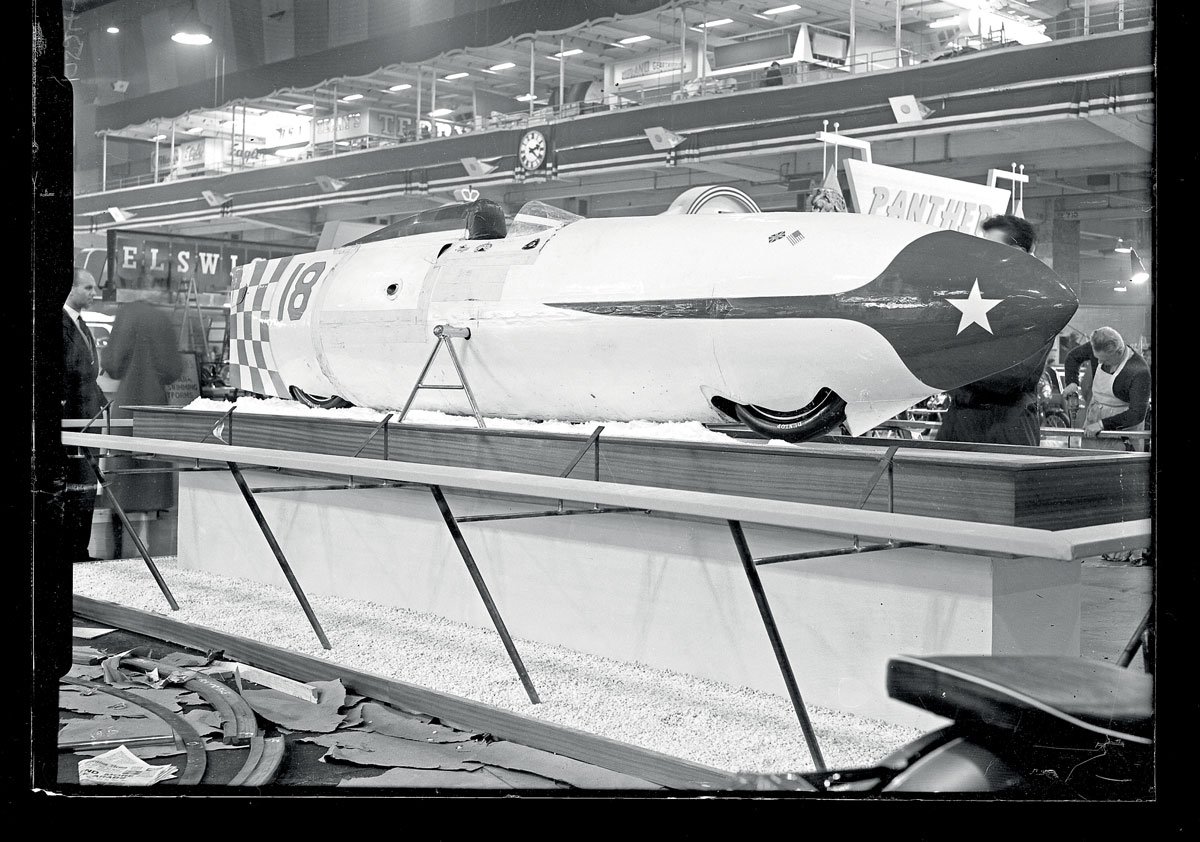 Throughout the following year, rumours of a return by the NSU factory meant the team geared up for a repeat visit in 1958. When the challenge failed to materialise, the crew from Texas found they were all prepared but without previous pilot Johnny Allen. He declined the opportunity and Jess, now 18, being the only crew member small enough to fit into the streamliner, got the job.

After the final run, Jess confirmed to the team “that’s all she’s got” after taking the 650 to 214.47 – a tiny fraction faster than Allen’s. It was Jack Wilson’s overriding desire to beat the NSU time with the team’s naturally aspirated Tiger 100 engine installed in the streamliner. 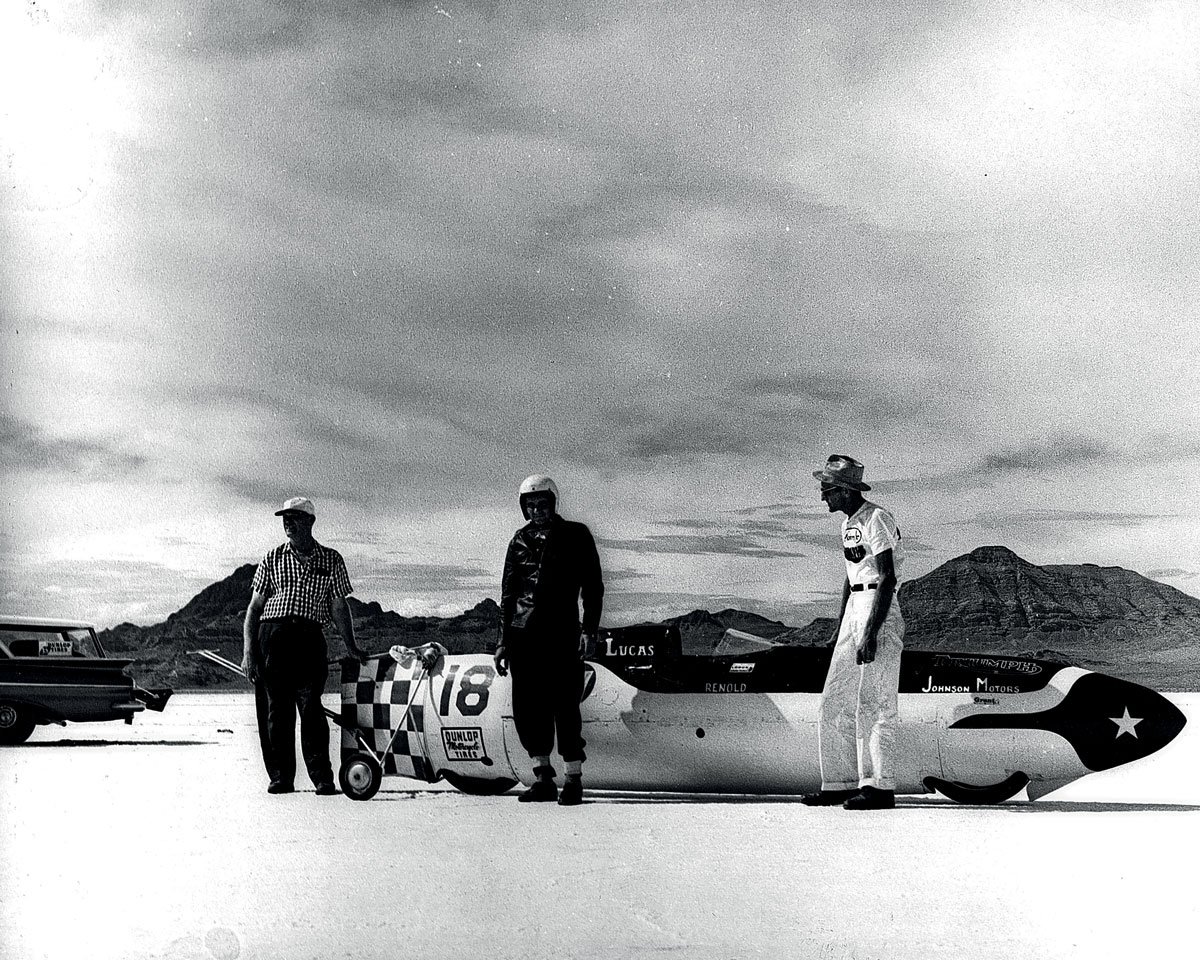 After much additional tuning and various fuel/nitro mixtures tested, Jess made 17 runs all over 200mph and set a new world record for 500cc unblown engines at 212.278mph. It still stands today. Sixty years later, Jess Thomas returned to the salt, this time at El Mirage dry lakebed on a Triumph T110, to chase records in the vintage class.