BRITISH MOTORCYCLE BUILDER CCM has sold every one of its latest road bikes before it goes into production. 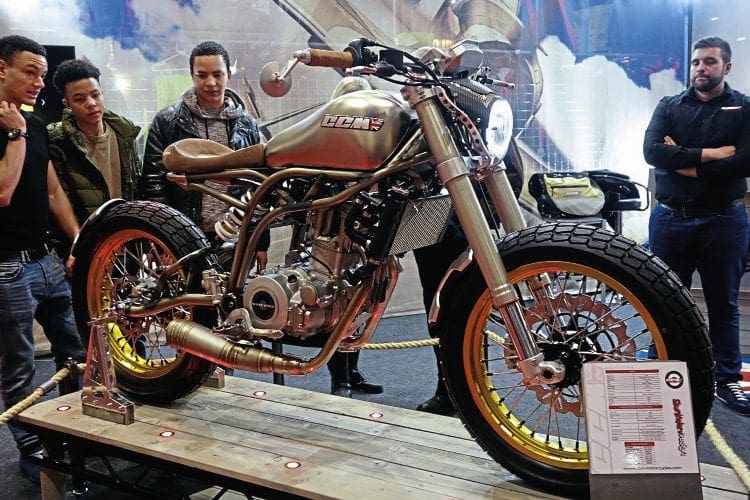 The new 600cc CCM Spitfire was conceived and built by a small group of CCM mechanics and designers, working behind the scenes and developing their ideas in their spare time. With a free hand, they set about building their dream bike without the usual constraints of design objectives and bureaucracy, allowing their creative juices to flow. The result was a hit, with buyers snapping-up the whole production run within a few days of the launch.

The skills of veteran welder Ted Unwin, one of Alan Clews’ original team at Clews Competition Machines in the early 1970s, were enlisted to work on a stylish tubular frame design that would underpin the fine componentry that the team had brought together. Ted recalled the story of the experimental engineering division of Lockheed Martin, which, once freed from corporate shackles, would go on to create some the organisation’s finest products. The division would become known as The Skunk Works – so CCM followed their lead and the team became known as Skunkwerx.