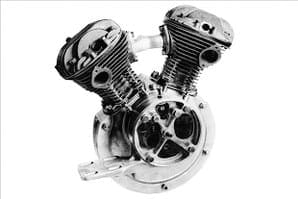 The B&H designs focused on a modular design, with many interchangeable parts across the range. “The twin-cylinder engines were effectively singles doubled up,” said TMC, with the same piston size employed where the same bore size was used. The same con rods were used throughout, with the male con rod of the twins being used in the singles.

The same timing gear blanks were also used across all the engines, the only slight difference between the final machining of those used in singles or twins. External crankcase dimensions were exactly alike. 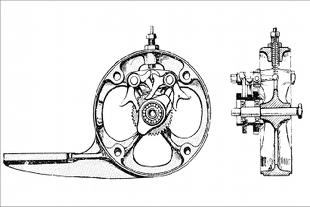 The aim was to simplify manufacturing and to ensure dealers could keep a tighter control on the amount of stock they needed to hold. 1 praised the high quality engineering and said that every engine was balanced, with each crankshaft assembly (crank, rod[s], piston[s]) being machined to a specific weight – and engine components destined for a ‘sporting’ application being specially plated.

TMC also said that despite the fact that the engines had detachable heads, the seatings and guides for the side-by-side mounted valves formed part of the cylinder barrel unit – with the valves accessible by removing the cylinder head.

The stainless steel valves of the twins were operated by two inlet cams and one exhaust. Cylinder and head were made from what TMC called ‘Air Ministry-spec’ cast iron.

Pistons, also in cast iron but said to be of ‘light weight’ at 13 ounces, were deeply waisted and used two rings while the gudgeon pin was a press fit, held in place by a grub screw.

Grigg produced motorcycles from 1920 until 1925. The company started life producing a 145cc two-stroke scooter. The following year a 161cc version of the engine was used in a duplex-framed motorcycle.

By 1923 Grigg had increased its range with a variety of Villers two-strokes and Shaw & Blackburne four-strokes. In August it announced the tie-up with B and H.

A move to new premises in Croydon and a tie-up with Wooler failed to inject new life into the company and it closed down in 1925.