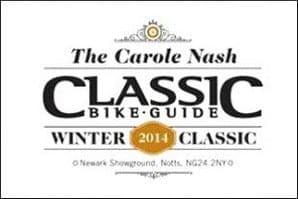 Brought to you by the organisers of the hugely successful Stafford and Bristol classic shows, the show is one place you’ll certainly get a warm reception and enjoy the post-Christmas period, as it will be held almost entirely indoors at the Newark Showground! Shake off that Christmas holiday tardiness with a great bike show and kick-start 2014 in the best possible way. 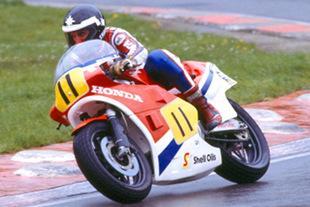 Guest of honour is Roger Marshall, a British road racing legend. Marshall won 12 British championships during an outstanding career that saw him ride for the factory Honda and Suzuki race teams on British short circuits – and in the major international road races at the North West 200, TT and Ulster GP. He went from being a top Yamaha privateer – with three British titles – to a Moriwaki Kawasaki ride in 1981, helping his new team-mate, a young man named Wayne Gardner, in the process.

Marshall enjoyed an incredible racing career right through to his tumultuous final season in 1987: On a Suzuki in Skoal Bandit colours, he won the British and British Super One titles in a year that he won so many races he became known as ‘win a week Marshall’. With further highlights in race team management and his rider liaison work with BSB, he’ll have the Newark crowds spellbound with his tales from the paddock.

This is going to be a great show, and with ‘Scooter World’ returning, there’ll be something for everyone… see you there! Gary Pinchin, Editor Classic Bike Guide 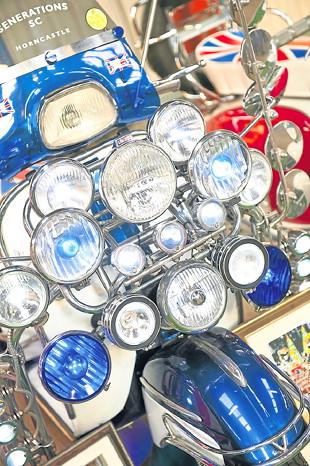 The Ronald brothers’ names will be familiar to anyone who has followed scooter sport history over the decades. Both have achieved a high level of success as individuals and as part of ‘Team S Equipe’. They have competed against (and been teamed with) other iconic scooter sportsmen including Arthur Francis, Harvey Watt plus the late Neville Frost and Malcolm Clarkson, to name just a few. Those old enough may also remember the publicity received when Norman won a gold-painted Lambretta in a Daily Mirror competition.

During Mau’s Q&A session, you’ll get your chance to ask them questions, so if you want to know about 1960s scooter sport or find out more about Team S Equipe, then get your thinking caps on!

The return of ‘Scooter World’ to the show will see every class winner get a trophy, but they’ll also receive a cash prize, plus a bottle of two-stroke oil, courtesy of Rock Oil.

? Keep up to date with the Classic Bike Shows Facebook page