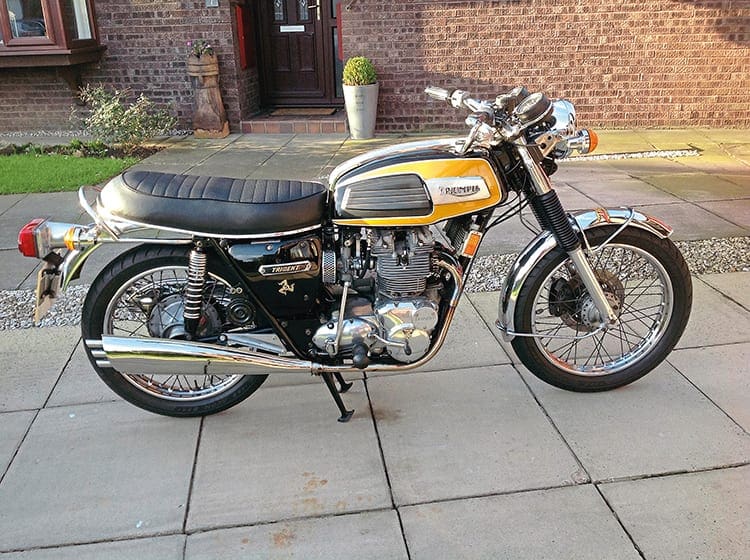 FRANK MELLING’S VIEWS were definitely a different slant on the 750 BSA-Triumph triple and, while thought provoking and informative, the article was also bizarrely negative. The collapse of the British bike industry is tragic and well documented. To suggest that the Rocket 3 / Trident should shoulder some of the blame is certainly controversial. I don’t agree, but anyway it’s pointless.

The triple was the best that could be developed at that time due to the lack of investment in R&D and modern tooling combined with factory politics and myopic management only concerned with short-term profits, as personified by Edward Turner. The triple was a casualty of a failing industry and not a cause. Hence the designers were constrained by production realities and worn out machinery. So no horizontally split engine cases, no ohc, no electric start, no disc brakes, etc.

Surely it is not the fault of the machine or Doug Hele that BSA management delayed the launch by years? Melling acknowledges the constraints Doug Hele dealt with in developing the triple. To call him a wonderful engineer but a “garden shed designer” is a laughable insult to a true engineering genius, even if it was tongue-in-cheek (or not). Surely any blame for the design lies with BSA management for diluting resources on the ill-fated Bandit / Fury, and who employed Ogle with a poor brief and not the engine designer?

Melling states “three cylinder machines have a fanatical following and their acolytes will hear no wrong of them”. I own two triples and I’m a member of TR3OC. I’m neither an acolyte or a Luddite. I’m a Brit bike enthusiast and I particularly like triples. They have no more faults than any other old British clunker. They benefit enormously from modern upgrades and engineering to produce a thrilling riding experience.

The styling was controversial, perhaps it was ahead of its time as most manufacturers adopted rectangular styling in the 1980s. Many of these have not aged as well. Nowadays triples are relatively rare and distinctive bikes that draw positive comments from bystanders and enthusiasts alike.

Melling concludes that a “sublimely restored Rocket 3 is one of the most impressive motorcycles in the world and rather cheap at £15,000”. At least we agree on that! Then he suggests that a BSA Spitfire is a better bike and £6000 less. I hardly think so. The weak points of the original triple (no electric boot, only four gears, Amals and drum brakes) are equally present on a Spitfire of similar vintage but apparently this doesn’t matter on a twin. Objective journalism…

In any case, only speculators and certain dealers are punting Rocket 3s at £15,000. A T150 is basically the same bike. It benefits from further factory development in later models, and a good T150 can easily be bought for under £9000, although prices are rising. For the performance, sound and riding experience, a well-sorted triple represents a real bargain compared to many other classic bikes. The ray gun silencers are now viewed as an iconic design, and rightly so.

As a proud triple owner, I feel better now.