Immediately after the Second World War, and until engineer Charles Udall relaunched a new version of the 500 MSS, the 350 MAC was the only four-stroke roadster in the Velocette range. Then for 1954 the MSS reappeared with a redesigned ‘square’ engine of 86mm by 86mm, and this 499cc motor would go on to power the Venoms, Clubmans and Thruxtons thereafter. 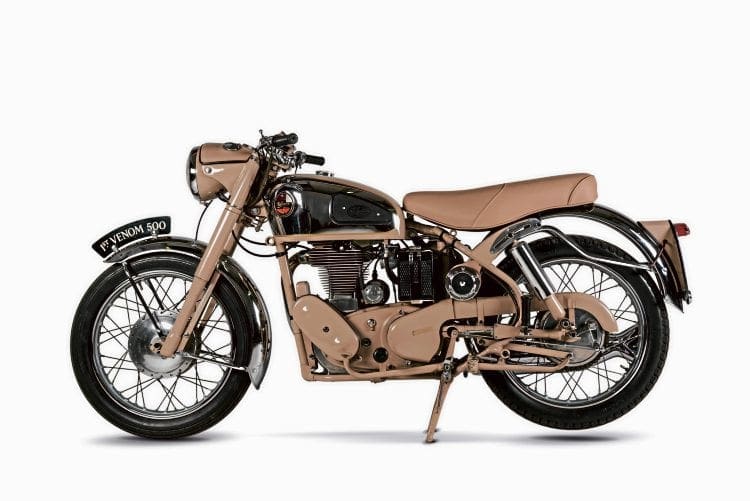 Charles Udall kept the basics of the prewar MSS, the narrow, rigid crankcase and high cam layout, and tweaked the specification to boost output significantly from 27 to 34bhp. Along with its light alloy, Wellworthy Al-fin barrel with pressed-in liner and sand-cast alloy cylinder head, the 500 engine employed a high compression (up from 6.8:1 on the MSS and then to 8:1 on the standard Venom) split-skirt piston, a 389 Monobloc instead of a 376, and hairpin valve springs. Udall had experimented with using standard coil springs but found ‘they would not give us what was required… With hairpin springs the loading can give a considerably higher stress than is permissible with coil springs… and the natural frequency of vibration of the hairpin spring is higher so that the possibility of spring surge is eliminated.’