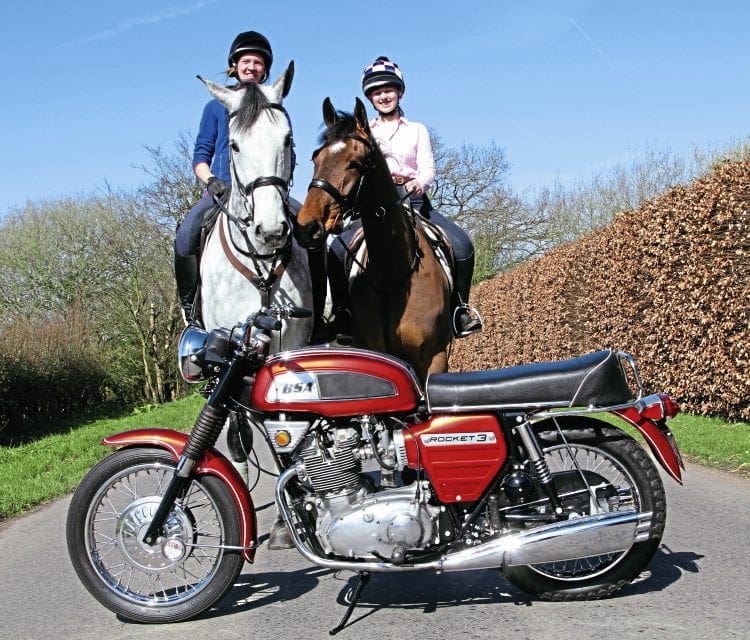 One good reason for the death of the British motorcycle industry might well be the BSA / Triumph triples – a tragedy which would have made Shakespeare proud. Currently, the three-cylinder machines have a fanatical following and their acolytes will hear no wrong of them. However this is what Bert Hopwood, BSA Group engineering director, thought of the model in 1981: “The triple machine which found its way to market in 1968 was a flop and it was not until we reverted to the original prototype style that it started to sell and earn revenue. It (the BSA/Triumph triple) should have been in production in 1963, thus five years of production were lost, the Japanese became ever more firmly entrenched and our reputation suffered yet another severe setback.”

So what went wrong? And what went right? Let’s not forget that these machines achieved some outstanding results despite their haphazard development.

The wrong element is multi-layered but is centred around weak senior management and political in-fighting. There’s an oft-quoted myth that Bert Hopwood and Doug Hele, Triumph’s chief development engineer, were like father and son. This is wrong in fact. I came to know Doug reasonably well, and I was the last person to interview him just a few days before his death. Hele’s view of Hopwood was unambivalent: he neither liked nor respected him.

This is how Hele described the much vaunted BSA MC1 which Hopwood had designed as a world beating racer. “It had a quite serious set-back, in so far as the valves were the wrong way round and so would not open. The radial valves couldn’t work because they got entangled. But it was very stylish…