Triumph’s ohv twins could go very fast. This is a re-creation of a very, very fast Triumph, then…

RIVALLED IN HISTORY only by Harley-Davidson, the Triumph name grew to become synonymous with motorcycling itself. Internationally cherished, especially in the USA, Triumph was stealing races (and customers) from the Milwaukee maker before Japan had laced its first wheel. 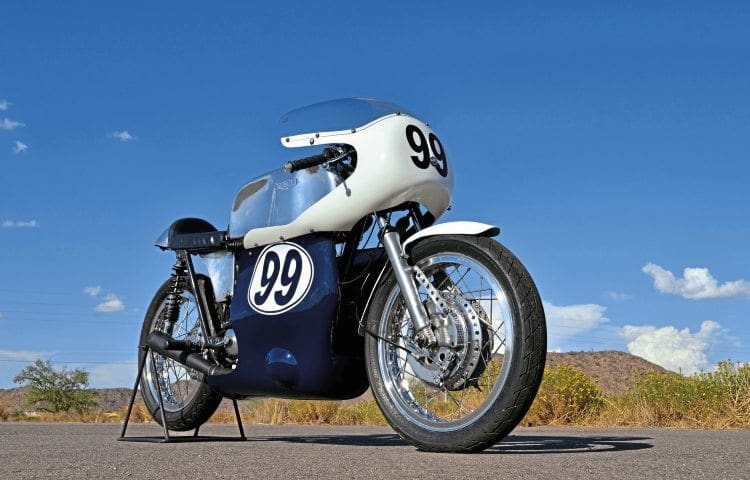 That changed, but Triumph of Meriden showed the fighting stamina of a veteran, holding fast and winning against this new opposition even when logic demanded otherwise. Success at the Daytona International Raceway added a new model to the docket, bucking the trend against North America’s generally limited interest in road racing.

It all got much more engaging with the emergence of another famous name – Triumph’s Grand National champion Gary Nixon.

Originally introduced in the late 1930s as a performance uprate for the Speed Twin, Triumph’s original Tiger 100 twin was a spectacular machine with rakish lines and nearly 30bhp. More versions followed postwar, including scramblers and tuned supersports models and swinging arm suspension. The big news for racers in 1951 was the Tiger’s new alloy engine and the introduction of a factory speed parts catalogue. Traditional in layout and proportion, the redesigned unit that replaced it had updated dimensions with a new cylinder, head, crankshaft and top end. The new twin was faster than ever, and then Tri-Cor in the USA made even more of it for those brave enough to ask for it.