THE LATEST MODEL in English entrepreneur Paul Sleeman’s continued expansion of the Hesketh motorcycle brand has debuted at the UK’s London Motorcycle Show. 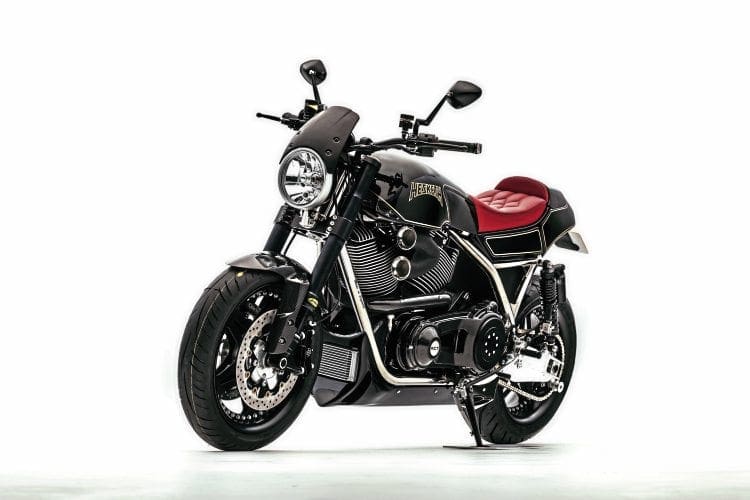 The Hesketh Valiant Supercharged is a performance-packed version of the company’s normally aspirated limited edition Hesketh 24 V-twin streetfighter, all 24 examples of which have been sold at a cost of £35,000 each since Sleeman brought the aristocratic British trophy marque back to the marketplace in 2014.

Last summer saw the debut of a follow-up model, the more retro-themed Sixties-style Hesketh Sonnet café racer, which Sleeman says is selling well at a lower £25,000 price. However, customers will need twice as much money to buy the Valiant Supercharged when deliveries begin in the summer of 2018 – but in return they’ll own what stands to be the most powerful series production British-built motorcycle yet made, with Sleeman anticipating its 210bhp output is likely to rise closer to 250bhp during the next 12 months of long term development at Hesketh’s R&D base on the Isle of Man.

Read more in the April issue of CBG – out now!