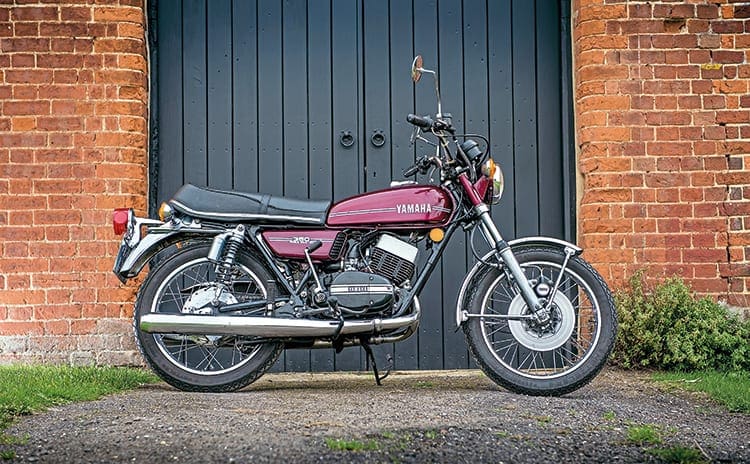 Yamaha probably didn’t have an inkling of what it had started at the end of the 1960s when it began drafting plans for a new range of two-stroke twins. 1967 had seen the company launch its first horizontally split crankcase twin with the 350 YR1. So successful was the bike that it formed the basis for the famous TR350 race bikes, campaigned so triumphantly by the likes of Saarinen, Gould, Duff and countless others.

Yet the 250 road bike, the YDS6, still ran a vertically split case motor that was both costly to build and difficult to assemble. For the 1970 model year the company launched two brand new sports twins; the YDS7 250 and the YR5 350. Unknowingly, Yamaha had just catalysed a chain of events that would see it using directly related, parallel and analogous blueprints for class-leading machines almost to the end of the 20th century. With the addition of a disc brake and an apparently inconsequential inlet tract upgrade, subsequently Yamaha unleashed one of its most devastating weapons; the RD350.