Start with a fairly clean sheet of paper and build a Manx Norton from scratch. The result might look a little like this.

Sitting in the pits, watching the classic racers fly by, there’s plenty of opportunity to talk about what might have been and what possibly could be. 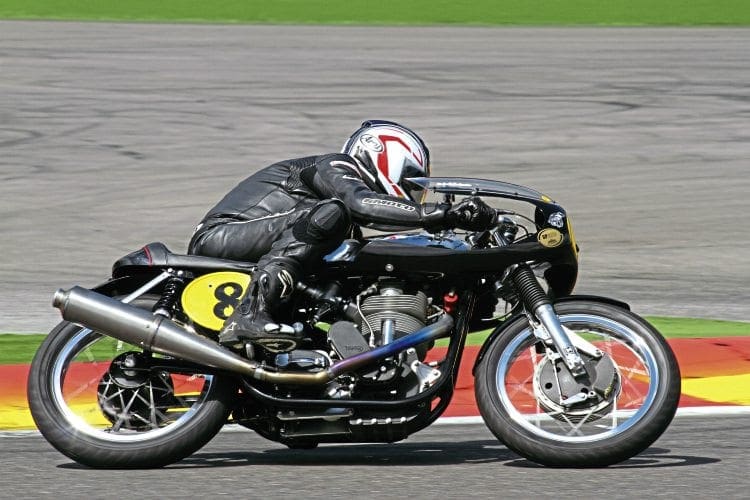 Patrick Walker, who builds modern Manx Norton replicas, and I were musing about Mike Hailwood’s early career. What if the world today was more or less as it was in 1960, but engine tech had advanced in certain areas? What sort of Norton would Stan Hailwood have commissioned for his talented son to ride? If you were building Mike’s bike today, then what would it be like?

Stan Hailwood was managing director of Kings of Oxford, the biggest and most professional chain of motorcycle and car retailers in Britain, with more than 50 branches. He was both a millionaire and a very well connected man. Before the Second World War Stan had dabbled in motorcycle racing but was much more successful in car competition, racing a works-prepared MG at Brooklands. It was there, at the famous Surrey concrete speedbowl, that he met Bill Lacey, a name central to this story. As Hailwood’s responsibilities at Kings grew, his competition days were brought to a close, but his ambition to be the very best in racing lived on, even if this dream had to be fulfilled through his son.